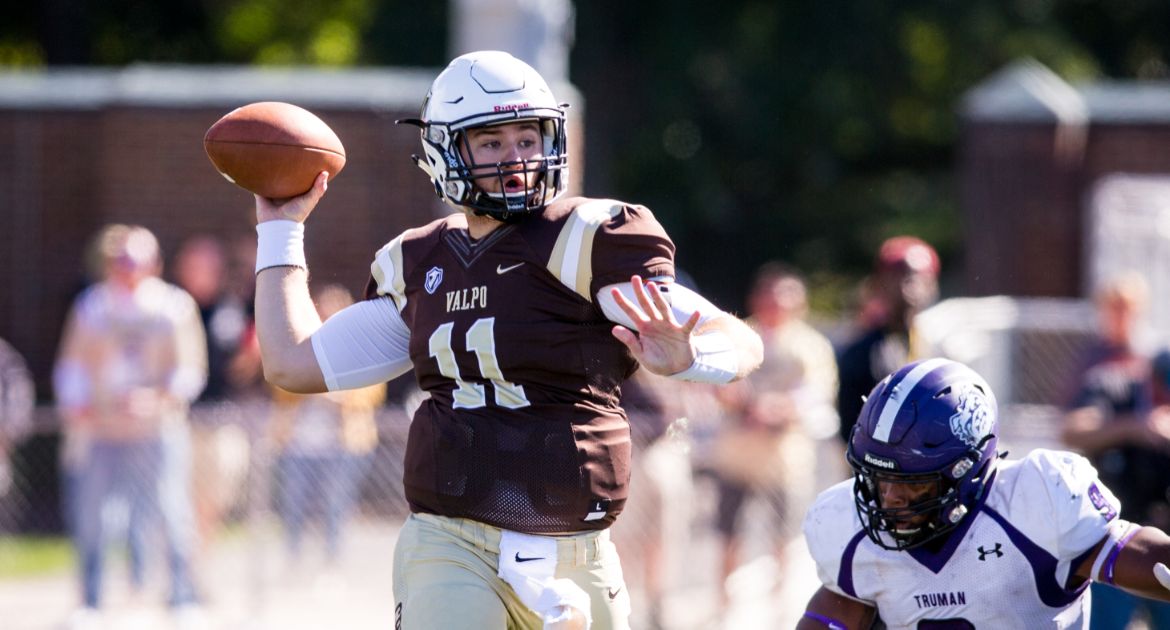 Pioneer Football League play begins next week when Davidson comes to town for Homecoming at Brown Field. The kickoff is slated for 1 p.m. in a game that will be broadcast on ESPN3 with live audio and stats also available. Valpo will look to extend its PFL home winning streak to six after going undefeated in home league games last season.