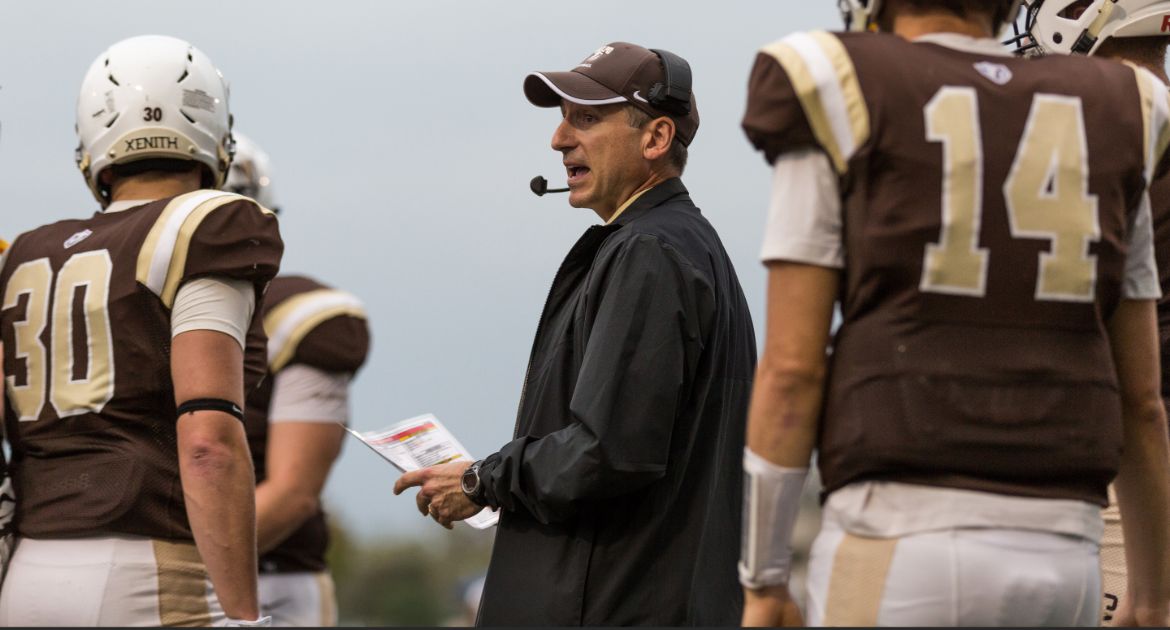 Valparaiso University head football coach Dave Cecchini will be featured at the 2018 Homecoming Kickoff Luncheon on Friday, Sept. 28 in the Community Room of the Christopher Center on campus.

The 2017 Pioneer Football League Coach of the Year will be the special guest at the event, which will take from noon until 1:30 p.m. Tickets are $12 per person. Call 219-464-5142 to register or do so on site at the Harre Union registration desk.

Cecchini, who is now in his fifth season, has lifted Valpo football to new heights during his time in charge, turning a program that had won just three total games in the four seasons prior to his arrival - all against the same opponent - into one that finished with its first winning season since 2003 in 2017, Cecchini's fourth year. The 2017 season saw the program turn a corner as Valpo went 6-5 overall and 5-3 in Pioneer Football League play, a year that saw Cecchini became the first Valpo coach since 2003 to earn PFL Coach of the Year honors. Cecchini was also named a finalist for the FCS Coach of the Year Award, the AFCA FCS Region 4 Coach of the Year and a finalist for the AFCA FCS National Coach of the Year. Valpo finished tied for third in the league standings after being picked to finish 10th of 11.

Guiding nearly all of his own recruits for the first time since taking over, Cecchini led the squad to its highest league win total since 1961 in 2017. Valpo scored 330 points and racked up 4,398 yards, both second most in program history. The team defended Brown Field well, going 4-0 in PFL home games and winning four league home games in the same year for the first time in the history of Valpo football.