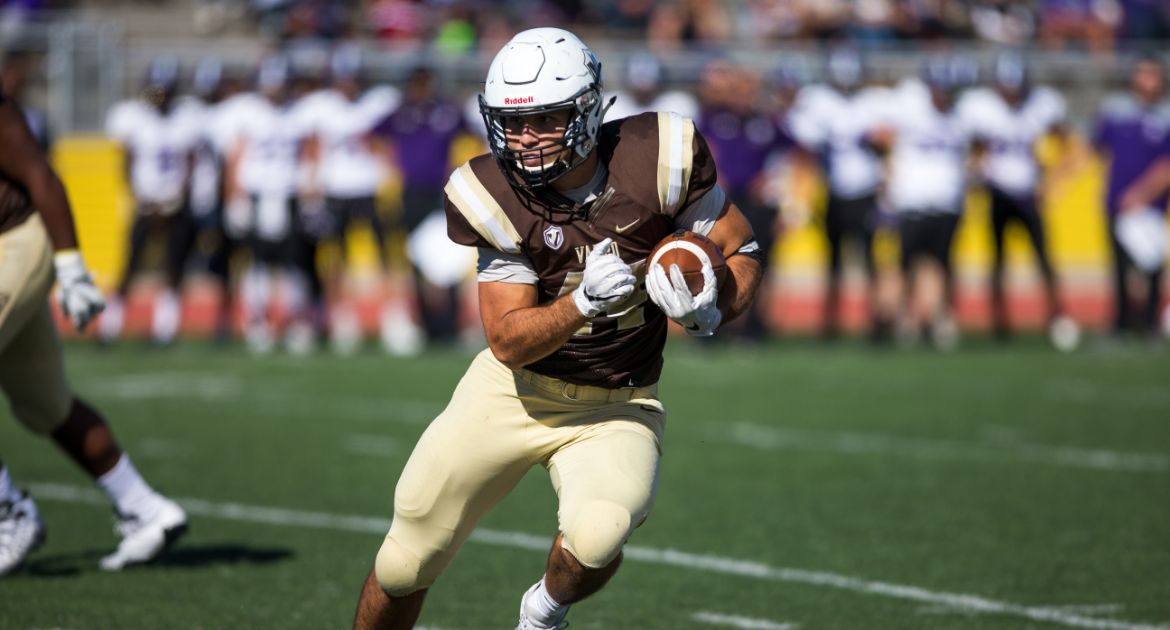 Kyle Cartales ran for a career-high 116 yards on Saturday at Dayton.
Valparaiso at Dayton | October 06, 2018

On Dayton QB Jack Cook: “He’s a talented young player who has a lot of good years ahead of him. Their starting QB got hurt early in the year, and they’ve played the last couple games without their starter. Cook seems to get better and better each passing week. Unfortunately, we’ve gone the opposite way on defense, and a lot of it is due to injuries. We had a lot of young players who went out there and did their best and gave a great effort, but obviously we came up more than just a little short today.”

On Quarterbacks: “It was good to have Ryan (Markoff) back after he left with an injury after only three snaps in his first career game. We were excited to have him back and he showed some of the things he’s capable of doing. I’d love to have more plays with him out there right now, but he’s been out so he hasn’t had a lot of reps in practice. He’s still working to master the offense. Chris (Duncan) stepped up and did a good job playing through an ankle injury. He managed the game well after his first pass of the day. There are three candidates to play quarterback next week with Ryan, Jimmy and Chris all in the mix.”

Valpo (0-5, 0-2) will be back home next week for the annual Hoosier Helmet rivalry game against Butler. The kickoff is slated for 1 p.m. and will air on ESPN+ with Todd Ickow and Dave Huseman on the call. Links to live video, audio and stats will be available on ValpoAthletics.com.