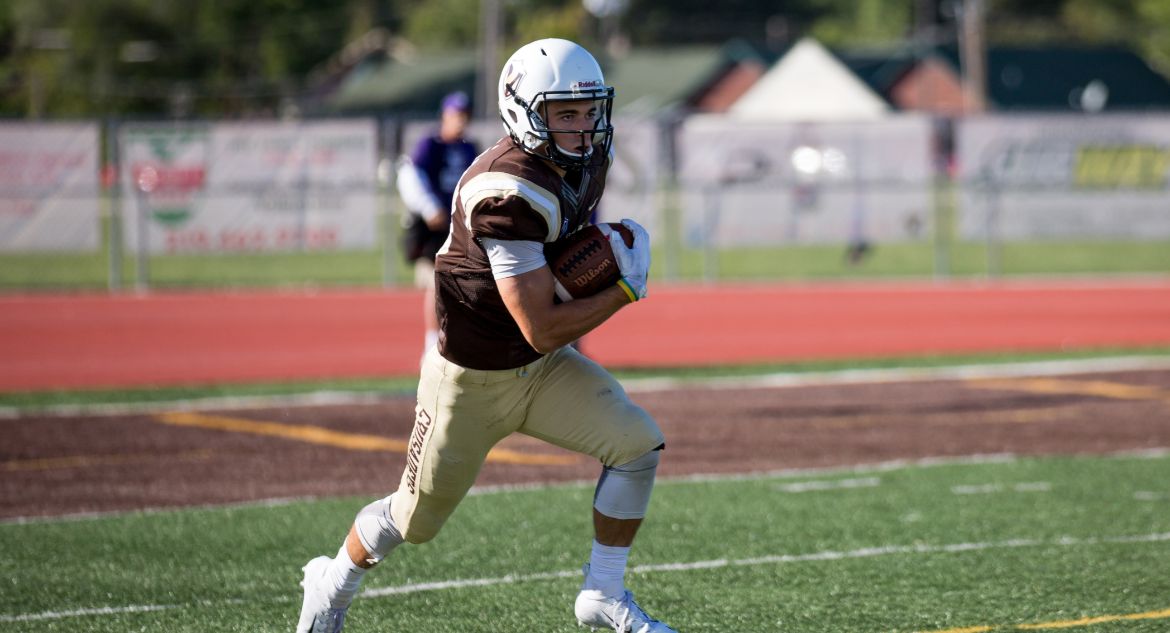 Bailey Gessinger had a 97-yard kickoff return for a TD to start the second half on Saturday.

A day after beating rival Butler for the Hoosier Helmet at Brown Field, the Valparaiso University football team has recorded its first Pioneer Football League weekly honor of the season.

Junior return specialist Bailey Gessinger (Napanee, Ind. / Northwood) was named the PFL Special Teams Player of the Week on Sunday. Gessinger displayed his lightning-quick speed on the first play of the second half on Saturday, snapping a 14-14 tie with a 97-yard kickoff return for a touchdown. That play swung the momentum, as Valpo led Butler for the game’s duration.

Valpo will be back in action on Saturday at Morehead State for a 1 p.m. CT kickoff.