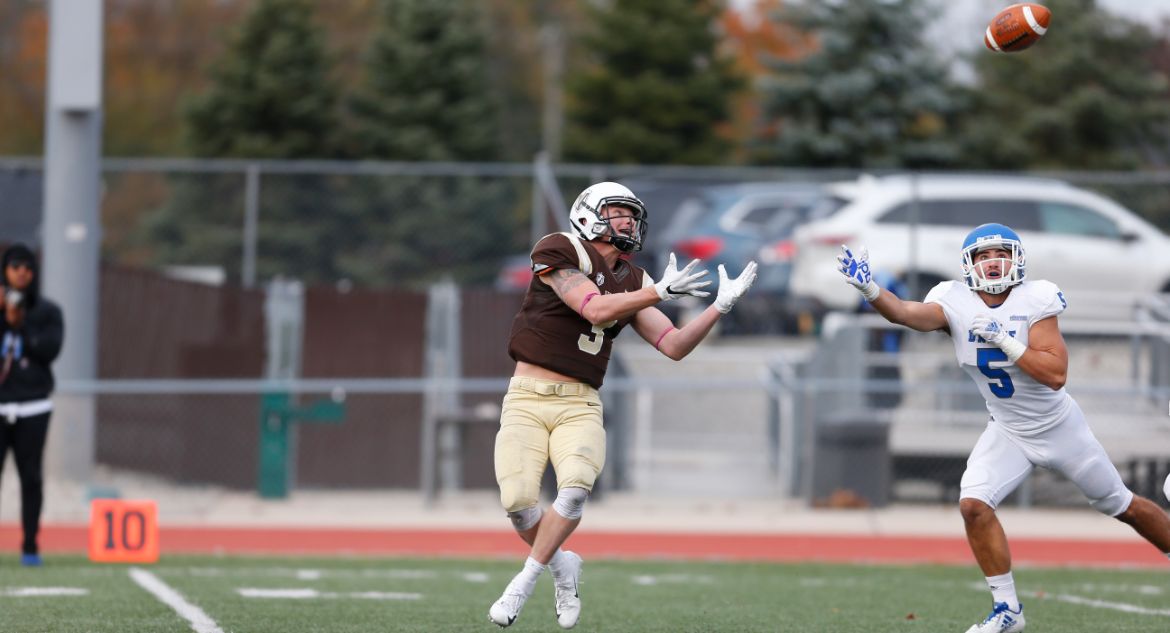 Playing with a shorthanded team due to a rash of injuries, the Valparaiso University football team fell 42-25 to an experienced, talented Drake team on Saturday afternoon at Brown Field. A pair of quick scores in the fourth quarter helped Valpo reduce a 25-point deficit to 10, but the Bulldogs nailed down the victory.

“I’m proud of the effort that our players gave. Drake is a good, mature football team with a ton of fifth-year seniors. There was a point at the beginning of this year where we felt like we had as veteran of a group of players as we’ve ever had going into a season, but unfortunately as the season has gone on, we’ve seemed to lose more and more of our players due to injuries.”

“When you play a team as talented and physical as Drake, you really have to play four quarters of football. We didn’t play four quarters of football today. There were some incredibly heroic plays and outstanding plays on both sides of the ball, but we needed more against a team like that. I’ll give our young players credit, we’re playing a lot of freshmen in the secondary, at tailback and at other spots, and it’s sometimes easy as a young player to get disheartened, especially with the momentum swings that this game had. I’ll give our football team credit, we did not quit. We clawed our way back into the football game, but unfortunately let it slip from that point.”

“This is not where we wanted to be at this point in the season, but we have to take it one game at a time and look at what we can do to get better. Injuries are going to happen; most teams are banged up. However, I’ve never in all my years of coaching been around a team that’s been as banged up as we are right now. That’s what life throws at you. We’re going to make the best of a less than ideal situation. We’ve got three games left in the season, and we want to get victories in these last three games to send our seniors out on as high of a note as we possibly can.”

“Mason Sutter has done an incredible job for us even though he’s not 100 percent. He has done an outstanding job playing right off the bat from Week 1 his freshman year all the way through this season. He’s made some huge plays for us, particularly on third downs.”

Valpo (1-7, 1-4) will be back in action on Nov. 3 at Marist at 11 a.m. CT. The game will be broadcast on the Red Fox Network and can also be heard on 95.1 FM Valparaiso. Links to live coverage will available on ValpoAthletics.com.