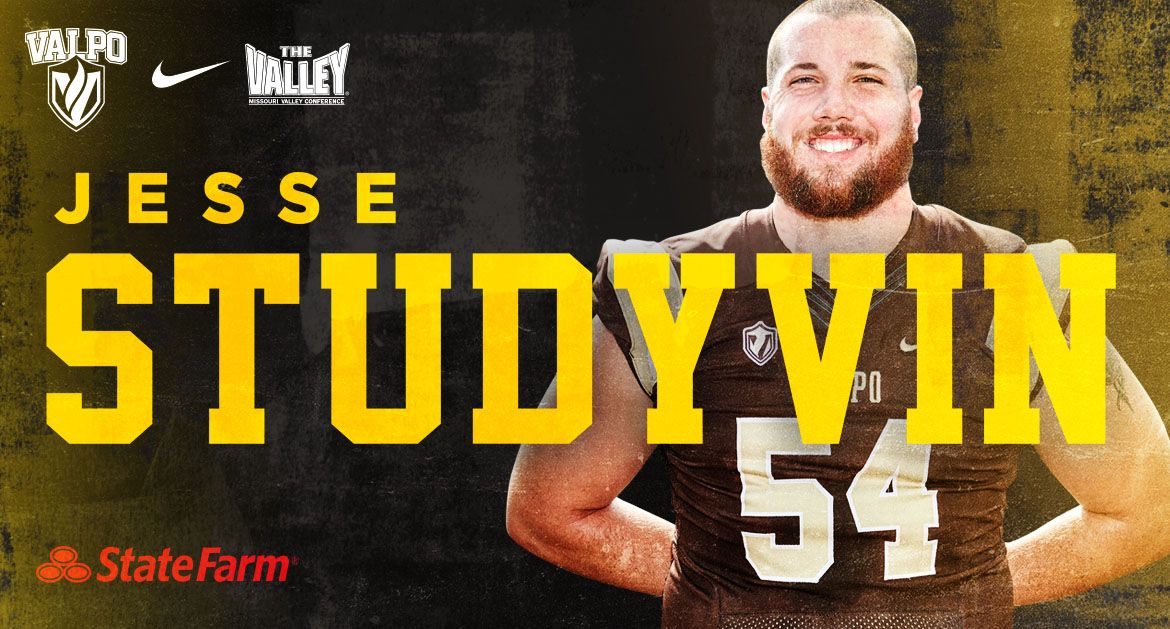 Studyvin was one of 10 student-athletes honored by MVC Commissioner Doug Elgin, who announced the award winners on Tuesday. In order to be eligible for the award, a student-athlete must be in good academic standing, must demonstrate good citizenship through good sportsmanship and significant community service.

A starter on Valpo’s defensive line, Studyvin is the president of the school’s Student-Athlete Advisory Committee. His community service includes mentoring local middle school students with Type 1 Diabetes and volunteering at the Boys and Girls Club of South Haven, for Boy Scouts of America and at Valpo’s Dance Marathon.

Studyvin is a Team Type 1 Global Ambassador, serving an organization for Type 1 Diabetic college athletes that provides education and outreach events to raise awareness for the disease.

Academically, Studyvin also excels. He earned the University’s Presidential Scholarship, which is awarded to students who maintain a GPA of 3.0 or higher. He is part of the fraternity that posted the highest term GPA of all fraternities in the Valparaiso Greek Life System. In addition, he is an academic support assistant and a student assistant in the College of Business.