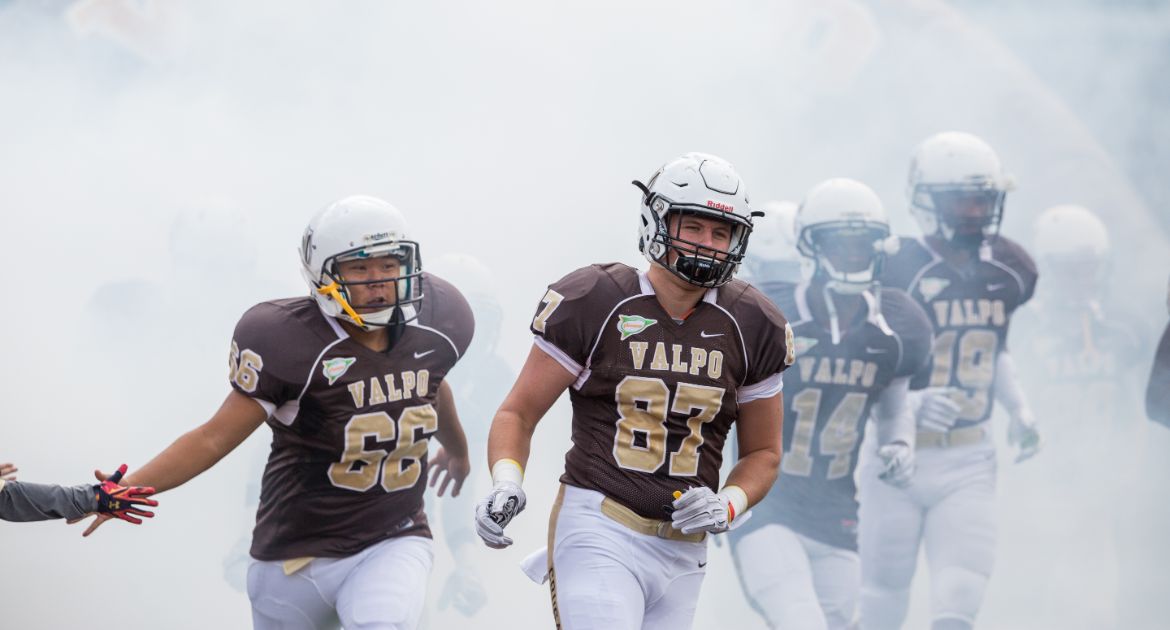 Alex Ng (left) and Griffin Norberg take the field for the first home game of their collegiate careers on Sept. 12, 2015 vs. Sacred Heart. They'll play one more game together on Sunday.

The Valparaiso University football team will have a pair of representatives in the Football Championship Subdivision (FCS) National Bowl on Sunday.

Seniors Griffin Norberg (Sunrise, Fla. / Western) and Alex Ng (Royal Palm Beach, Fla. / Wellington Community) have accepted invitations to play in the event, which is designed to showcase FCS football players and is attended by scouts representing professional teams in the NFL and Canadian Football League.

Norberg totaled 967 receiving yards during a strong senior season and closed out his career with 1,725 yards, seventh in program history. He had nine touchdown receptions this season, the most by any Valpo player since 2003. Ng averaged 38.2 yards per punt during his senior season and placed 42.9 percent of his punts inside the 20.

The FCS Bowl began in 2014 and takes place in Florida each year. This year the event will be held at Daytona Stadium in Daytona Beach, Fla., the home of the Bethune-Cookman football team. The game will kick off at 12:30 p.m. CT / 1:30 p.m. ET. A live broadcast of the game can be viewed at flofootball.com, which requires a subscription.