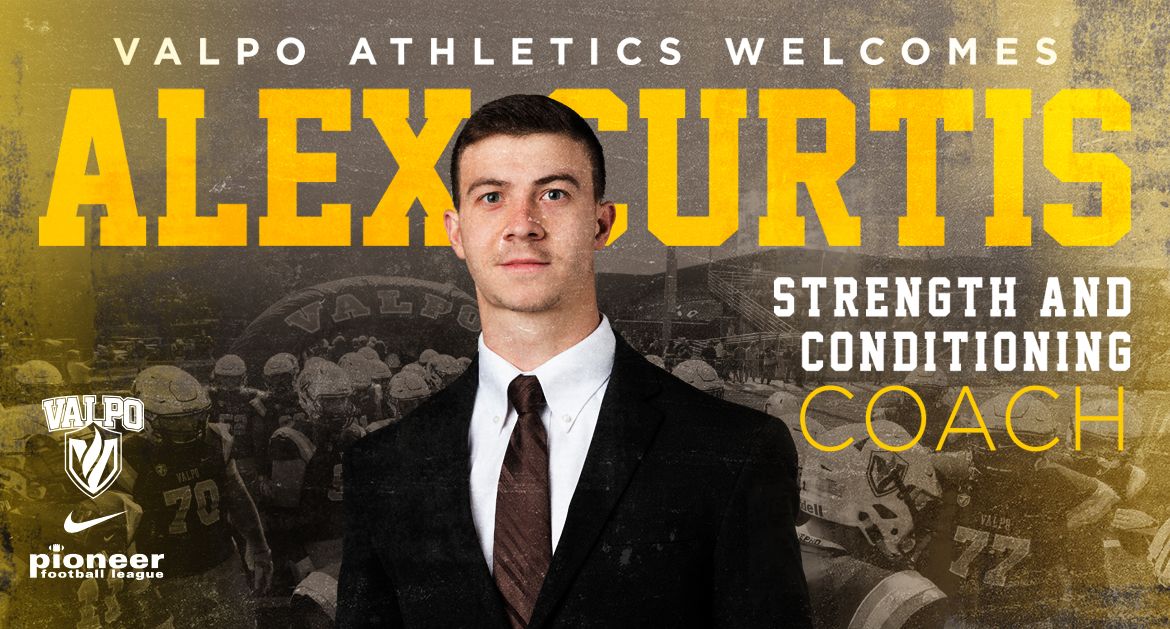 When Valparaiso University football coach Landon Fox addressed his team for the first time at his introductory team meeting, there was one thing about his coaching staff that he made clear right away – he would hire someone solely responsible for football strength and conditioning.

“Everything in our league is developmental,” Fox said. “Players are here to develop both academically and athletically. If you look at teams that are successful in this league, it’s those that have players who are in their fourth or fifth season. An important piece of that is having the right person in place to develop those players over their time in the program. Coach Curtis is going to spend more time with our players than the rest of the staff, so it was important for me to take great care in finding the right person to fill this role.”

“During the interview process, I could feel his sincere interest in people and players,” Fox said. “I was impressed by his knowledge of the strength and conditioning field and by his energy. He’s a juice guy; he brings passion to his role. He was persistent in his follow-up after our initial conversation and it was evident that he really wanted to be at Valpo.”

“I’m familiar with the Pioneer Football League and the Valparaiso football program from my time at Morehead State,” Curtis said. “When we came here and Valpo beat us, I could tell this was a blue-collar, disciplined team that had great potential. My father raised me with a blue-collar work ethic, so I knew that would fit well with this program. Coach Fox is a tremendous coach who comes from an outstanding program. He has a mission and I believe in his vision. It’s clear that he believes in the importance of strength and conditioning, and that made me even more interested in this position. We’re committed to striking the right balance between fun and discipline to lead to success here at Valpo.”