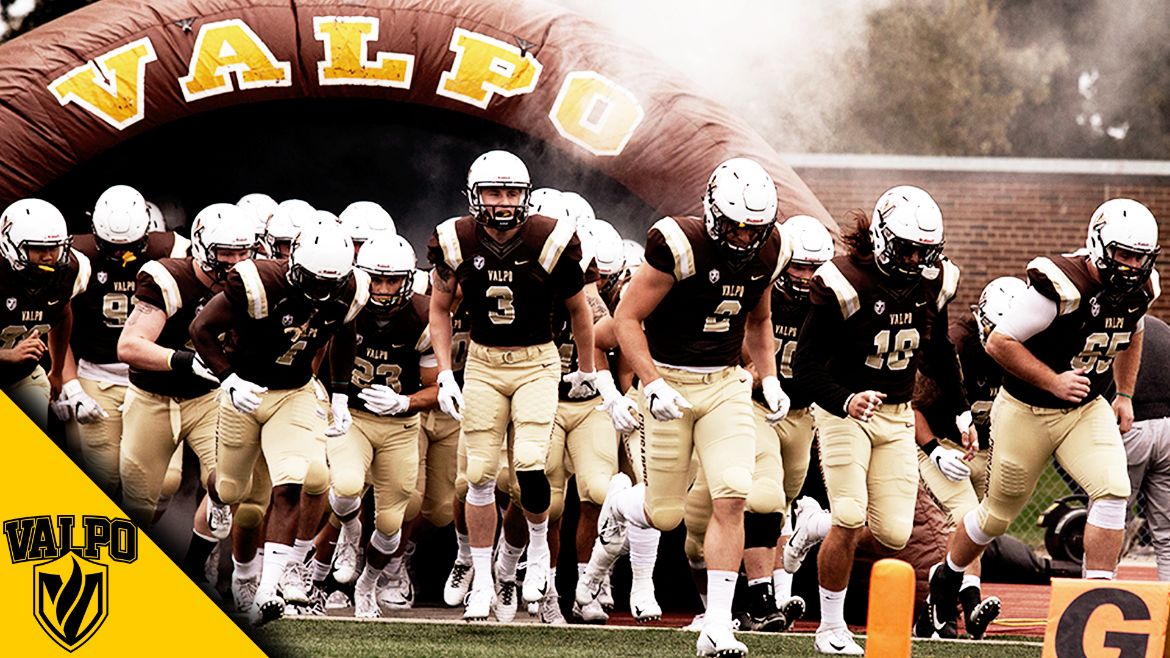 The Landon Fox Era is set to officially begin as the Valparaiso University football team has announced its spring slate.

The first of 15 spring practices will be held on Saturday, March 30. The annual spring game will take place on Saturday, April 27 at Brown Field, before the 15th and final practice on Monday, April 29.

The spring game is open to the public, while those wishing to attend practice should contact Dena Smiley at Dena.Smiley@valpo.edu.

“As we enter the spring season, we’re looking to see where we’re at as a football team,” Fox said. “We have to continually evaluate personnel to put us in a spot to be successful. Our players may be remaining in their current position, or they may be trying a different spot. Spring is about a constant evaluation process and implementing base schemes. It’s a time for our players to show us what they can do on the field.”

The spring game will be followed by an alumni reception and cookout for parents and incoming freshmen. The game will feature an offense vs. defense format with a modified scoring system. The start time of the game has not yet been determined and will be announced at a later date.

Fox, who has placed an emphasis on making Valpo football alumni an important part of the program, has announced two honorary captains for the spring game – Randy Fisher ’00 and Tom Byrne ’03.

Byrne, a member of the 2018 Valpo Athletics Hall of Fame Class, played for Valpo from 1999-2002 as a member of the team’s offensive line. He started all 44 games during his four-year career including all 11 games in 2000 as Valpo won the Pioneer Football League championship. Byrne was a First Team All-PFL honoree in 2001 and 2002.

Fisher was a letter winner at Valpo from 1996-1999, earning Valpo’s Outstanding Leadership and Service Award and Male Athlete Leadership Award for the 1999-2000 academic and athletic year. He helped the program to a 9-2 record his senior season as a starter on the defensive line.

“Both Tom and Randy have remained very connected to the program after completing their playing careers at Valpo,” Fox said. “Both played on teams that experienced success during their time with the program. They are tremendous supporters of our current team and we’re excited to have them represent our alumni base as honorary captains.”