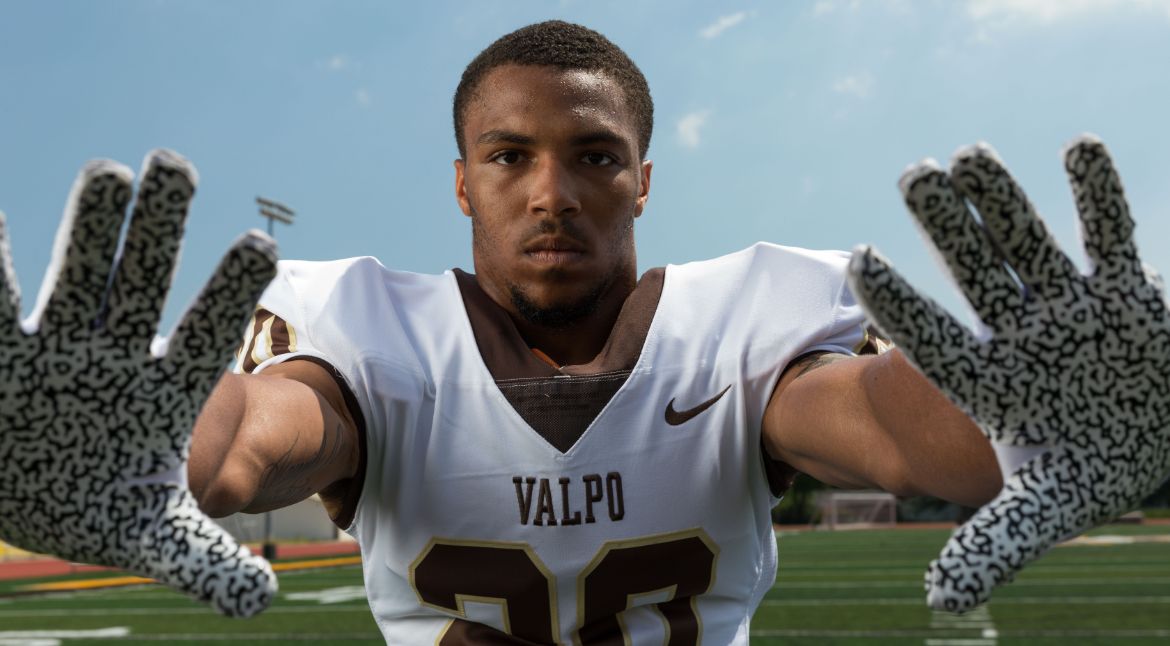 This Week in Valpo Football: The Landon Fox Era begins on Thursday as the Valparaiso University football team kicks off its centennial season under the direction of a new head coach. An entirely new-look coaching staff will guide a group of Valpo players that is poised to combine household names with new standouts. The season opens with a considerable test as Valpo visits an Eastern Kentucky team that received 12 votes in the preseason FCS Coaches Poll.

Valpo in Openers: If Valpo can come away with a victory on Thursday night, Fox would become the program’s second coach since 1942 (Loren Ellis) to win his first game at the helm, joining Stacey Adams (2005). Valpo is also seeking to start the season with a victory for the first time since 2007, in large part because the program has played challenging scholarship opponents in Week 1 in recent years. Valpo will play a Thursday night game for the first time since 2015, also at Eastern Kentucky. The last time Valpo played under the lights was Sept. 3, 2016 at Illinois State.

Following Valpo Football: This week’s game will be carried on ESPN+, which is available on a subscription basis at the cost of $4.99 per month. In addition, all six home games will be carried on the ESPN+ platform this year. Todd Ickow (play-by-play) and Brandon Vickrey (color commentary) will have the radio call on Thursday night, which is available on 95.1 FM Valparaiso and online via the TuneIn Radio app.  Links to live video, audio and stats can be found on ValpoAthletics.com.

Series Notes: This marks the fifth all-time meeting between the two teams and the first since 2015. Eastern Kentucky holds a 3-1 edge in the all-time set, which dates back to 1945. The Colonels were ranked No. 17 in the nation at the time of the most recent meeting, a 52-10 victory over Valpo to open the 2015 season in Richmond. That was the only meeting since 1947. Valpo’s lone victory over Eastern Kentucky came on Oct. 27, 1945 by a score of 7-6.

Same Face, New Place: There’s only one person who will coach in Thursday’s game who has coached a game at Valpo previously, and it’s not someone on the Valpo sideline. Eastern Kentucky defensive coordinator Kurt Mattix was the special teams coordinator and linebackers coach at Valpo under Dave Cecchini during the 2015 campaign. He is also a former Valpo player who graduated in 1999 with a degree in physical education. Mattix hails from Northwest Indiana and the Portage native started his coaching career working with the offensive line and defensive line at Portage High School in 1998 and 1999.

Scouting Eastern Kentucky: The Colonels are under the direction of fourth-year head coach Mark Elder, who led the team to seven wins and a Top 3 conference finish last season. The program has a history of success, owning two national championships, 21 Ohio Valley Conference titles and 21 NCAA playoff appearances. In addition to receiving 12 votes in the FCS Coaches Poll, Eastern Kentucky registered 175 points in the Preseason STATS FCS Top 25, which would rank 30th nationally if the poll extended beyond the Top 25 teams. The team is ranked 24th in the Preseason HERO Sports Top 25 and 25th in the Lindy’s Sports Preseason Poll. Three Eastern Kentucky players – running back Daryl McCleskey Jr., defensive end Aaron Patrick and defensive back Leodis Moore III – earned spots on the Preseason All-OVC Team. The Colonels were selected third of nine in the OVC preseason poll. Eastern Kentucky ended the 2018 season on a four-game winning streak.