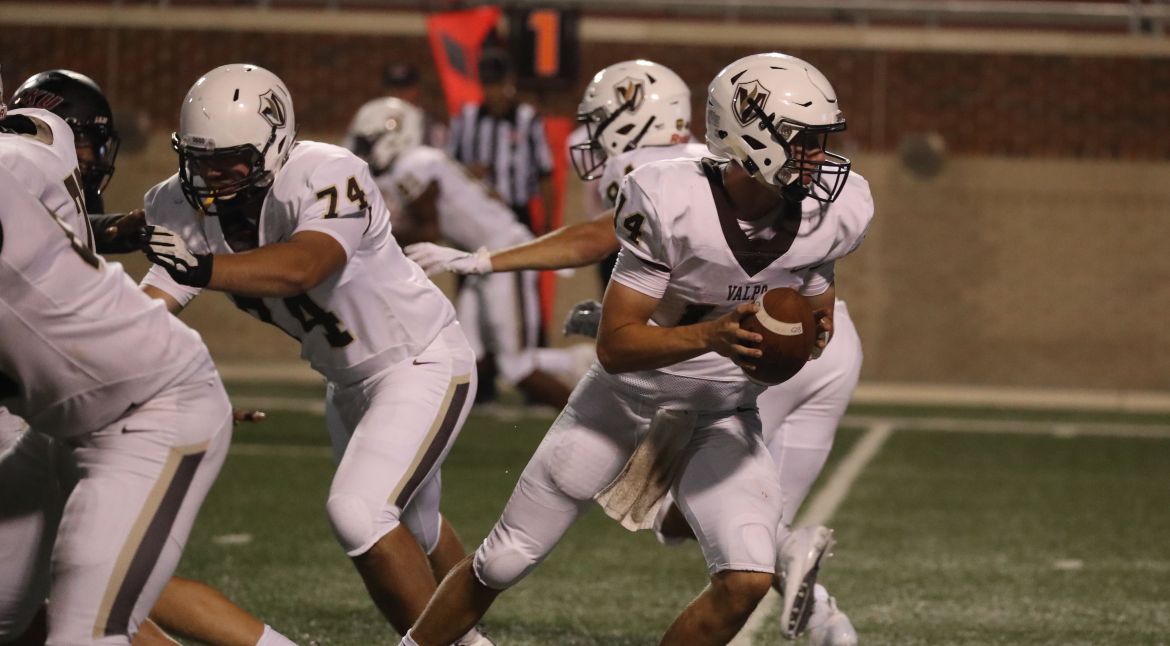 Landon Fox’s head coaching career began with a significant challenge on Thursday night in Richmond, Ky. as the Valparaiso University football team opened the season with a 53-7 defeat at Eastern Kentucky, a full-scholarship program that received votes across various preseason FCS polls. The Valpo defense provided several first-half highlights by forcing two turnovers, while the offense cracked the scoreboard with a big play through the air early in the third quarter.

Valpo (0-1) will have a long layoff with the Thursday night opener followed by a bye in Week 2. The team will open up the home portion of the slate on Saturday, Sept. 14 at 1 p.m. against Central Connecticut State at Brown Field.