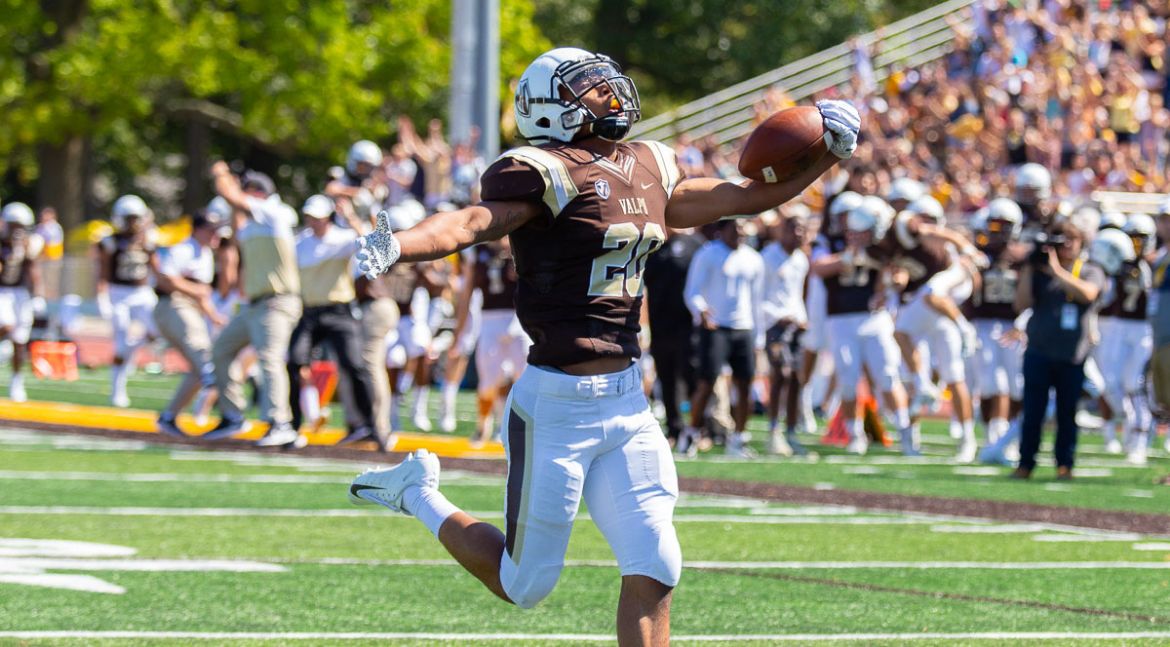 Jamari Booker blocked a punt and returned it for a touchdown on Saturday.
CCSU at Valparaiso | September 14, 2019
Related Links
Related Links

The Valparaiso University football team faced its second straight scholarship opponent in Saturday’s home opener, a 42-13 defeat to Central Connecticut at Brown Field. Valpo led for the first 14 minutes, but the Blue Devils leaped ahead midway through the second quarter and never looked back.

“It was a tough loss because we showed an ability to compete for a half, but then turned around in the second half and weren’t the same team. We didn’t execute the same way. We’ve got to continue to learn and grow to play 60 minutes of football. We took strides in the first half, but it has to be 60 minutes. That’s something we just got done talking to the players about – being able to execute for a long period of time. It’s hard, but that’s what good teams are able to do.”

“In the first quarter, we did our job. We have very good players on this team and I’m excited about where we’re at now and where we can be. But having said that, playing well for one or two quarters isn’t good enough. We have to do it for four quarters. We’re good enough to do it, but our consistency has to improve.”

Valpo (0-2) will return to the field on Saturday, Sept. 21 for a 7 p.m. kickoff in Kirksville, Mo. against Truman State. The game will be broadcast on the GLVC Sports Network with links to live video, audio and stats available on ValpoAthletics.com.