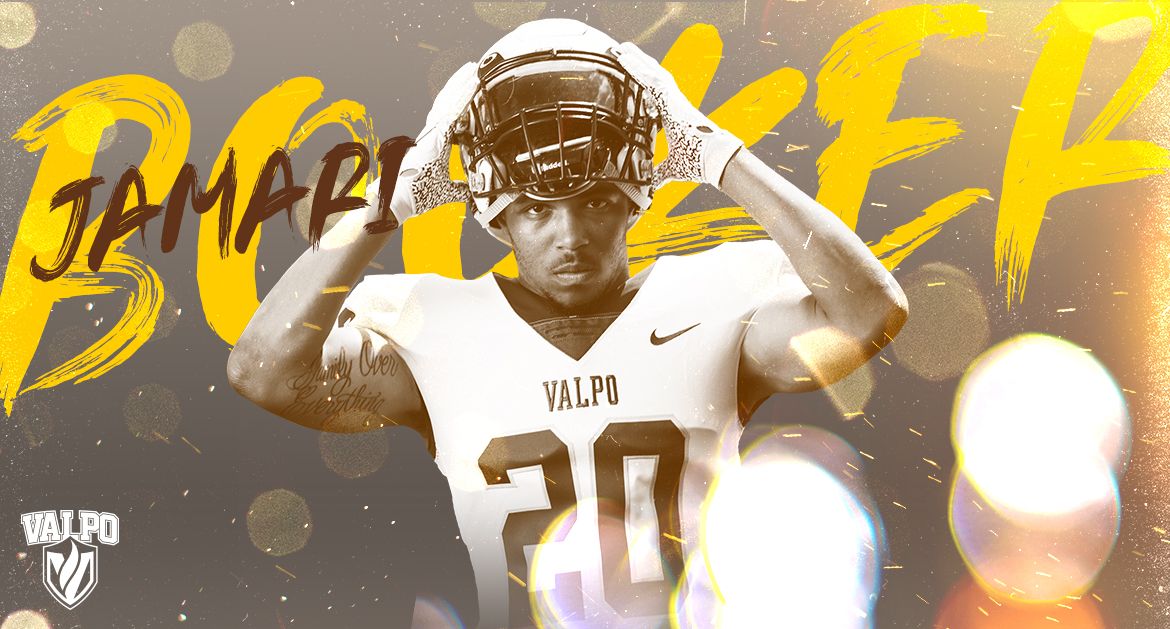 The honors continued to roll in on Monday for Valparaiso University football senior defensive back Jamari Booker (Kentwood, Mich. / East Kentwood) after his standout performance on Saturday. Booker was named the STATS FCS National Defensive Player of the Week.

That news continued a string of recognition following Booker’s 13-tackle, two-interception performance against Stetson. His second pick of the day sealed a 19-10 victory over a Hatters team that entered the week leading the nation in scoring offense and total offense.

Booker was also named the FCS National Defensive Player of the Week by College Sports Madness and the Pioneer Football League Player of the Week. He became the third player in the FCS nation with two multiple-interception games this season. There have been only four instances of PFL players snagging multiple picks in a game this season, and Booker has accounted for two of them.

The Valpo senior’s 13 tackles marked a season high and led the team this week. He added one pass breakup and totaled 32 return yards on his interceptions. For the season, Booker leads the team in tackles with 57.