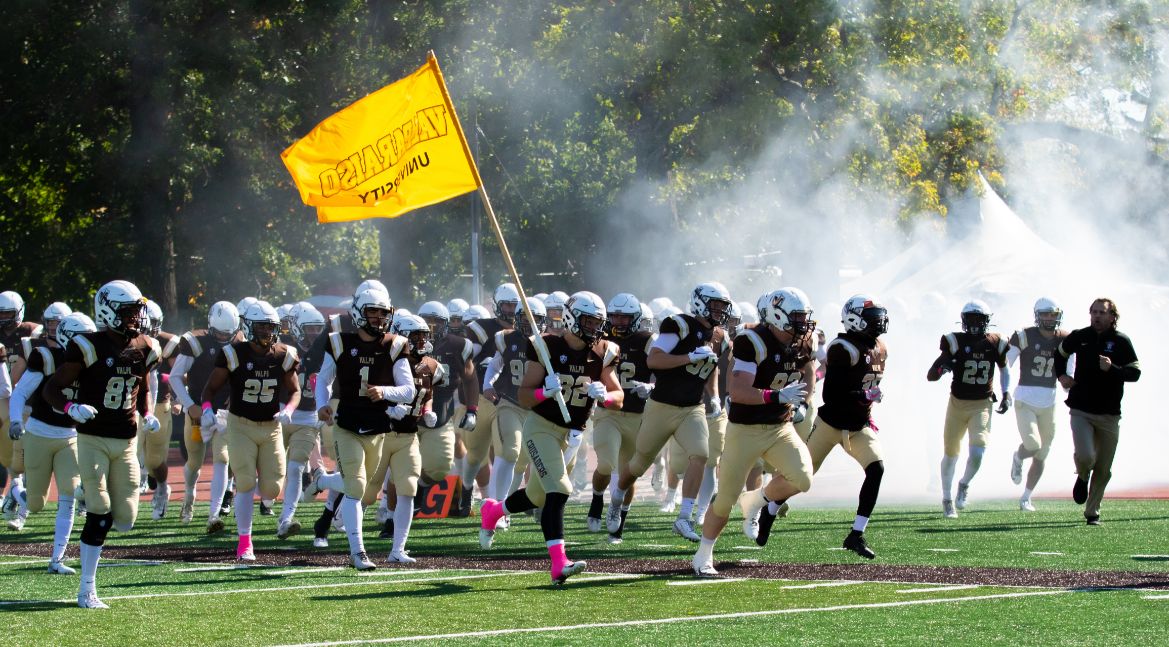 The Valparaiso University football team came from 14-0 down to give Davidson nearly all it could handle on Saturday afternoon at Richardson Stadium in Davidson, N.C., tying the game at 21 in the fourth quarter. But the host Wildcats put together a game-winning drive, fending off Valpo’s upset bid with a 27-21 victory.

Valpo (1-8, 1-4 PFL) will return home next week to battle Morehead State for a 1 p.m. kickoff. The game will be broadcast on ESPN+ with links to live video, audio and stats available on ValpoAthletics.com.