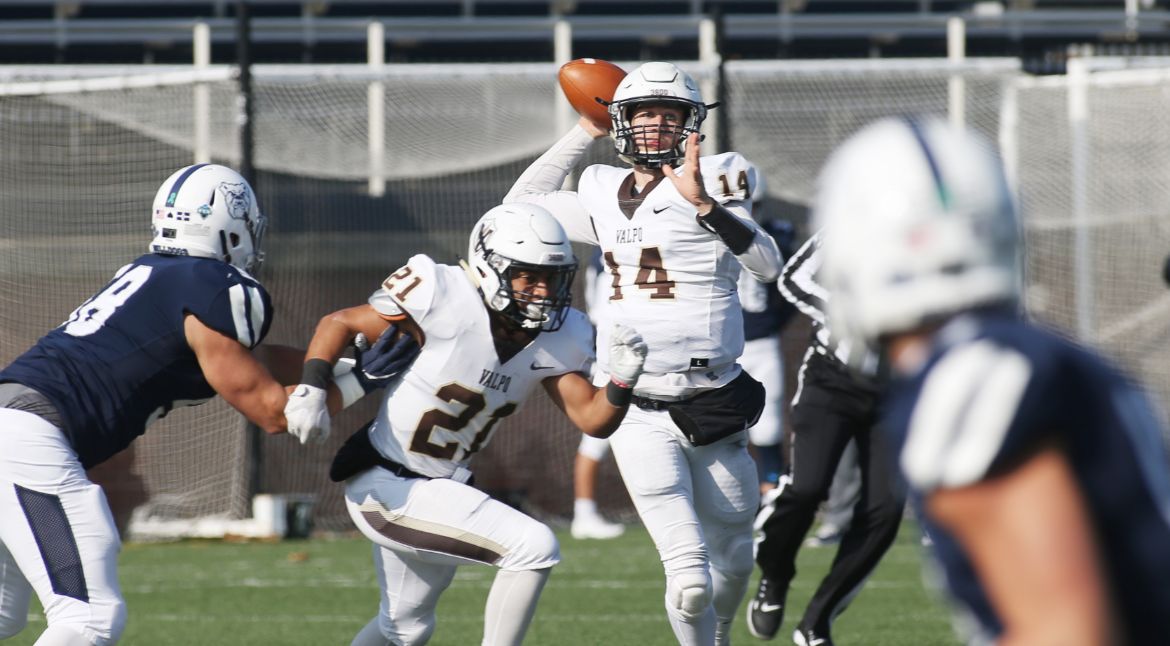 The Valparaiso University football team authored another chapter in a historic rivalry on Saturday afternoon at the Sellick Bowl in Indianapolis, but a 38-yard field goal by Butler’s Drew Bevelhimer with all zeros on the clock led to heartbreak for the Brown & Gold in a 24-21 victory for the Bulldogs. Chris Duncan (Woodland Hills, Calif. / Woodland Hills-Taft) passed for 264 yards and ran for 102 and the Valpo defense made key stops throughout, but the Bulldogs had a response to Valpo’s game-tying score that came with 19 seconds remaining.

Valpo will celebrate the program’s senior class at next week’s home finale, a 1 p.m. kickoff against Marist at Brown Field. The game will be broadcast on ESPN+ with links to live video, audio and stats on ValpoAthletics.com.