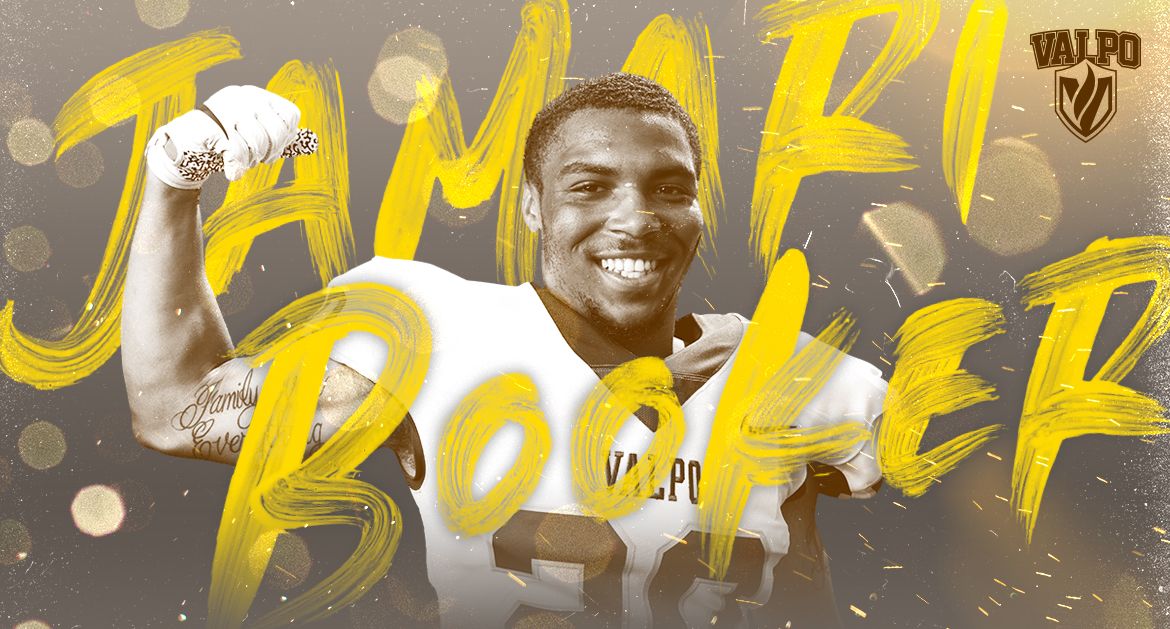 Booker finished his four-year Valpo career with 235 tackles and eight interceptions including 101 tackles and five interceptions this season. He also had a fumble recovery, three forced fumbles, four pass breakups, two QB hurries, seven tackles for loss, 55 solo tackles and a blocked kick returned for a touchdown in 2019.

The senior captain achieved a career-high 21 tackles on Nov. 2 at Davidson, forcing two fumbles, picking up one TFL and receiving a pair of QB hurries in that performance. That eclipsed his previous career high of 20 on Sept. 29, 2018 vs. Davidson, which was Valpo’s first 20-tackle game since at least 2001. He became the second PFL player since 2002 with multiple career games of 20 tackles or more, joining Stetson’s Donald Payne, who did so on three occasions.

The 2018 All-PFL Honorable Mention honoree was also a member of the 2019 Preseason All-PFL squad. He finished the year third in the PFL in tackles per game at 8.4 and also ranked among the league leaders in tackles for loss (13th), passes defended (ninth), interceptions (third) and forced fumbles (second).