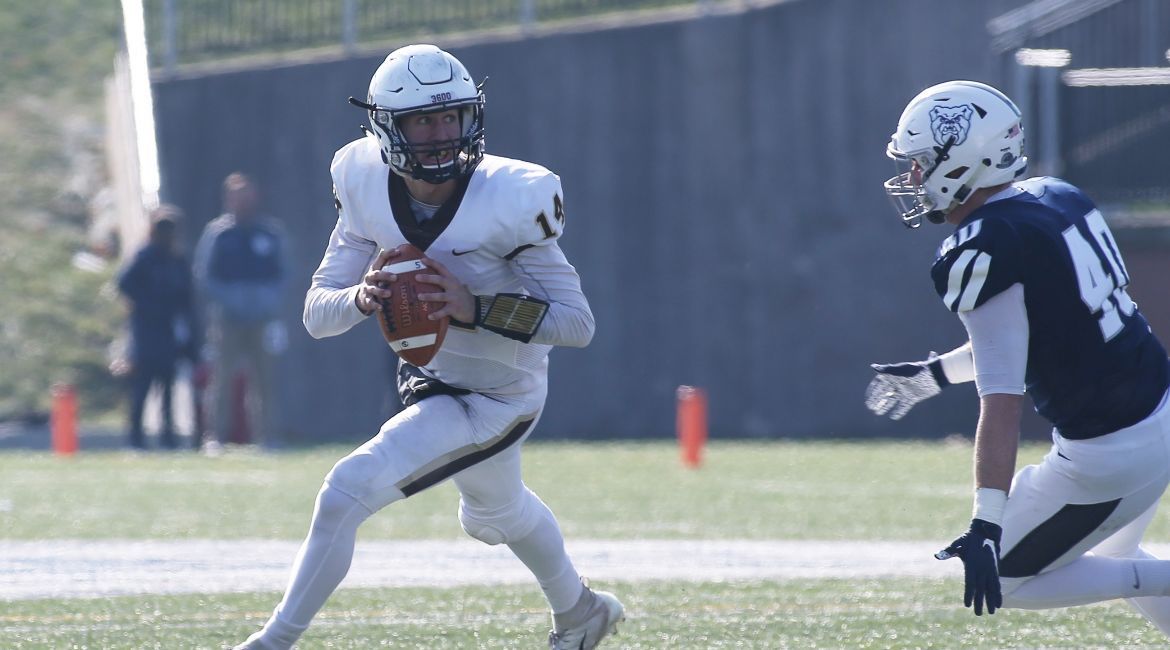 There’s a special energy exuding from Kroencke Hall this week as the beginning of a season unlike any other in the 100-year history of the Valparaiso University football program is on the horizon.

Since head coach Landon Fox arrived on campus, Grateful Saturday has represented one of Valpo Football’s core values. But the value is applicable perhaps now more than ever as the team’s gratitude for opportunity to play has reached new heights following the cancellation of Spring 2020 practices and Fall 2020 games.

“This situation makes you realize how fast anything can be taken away,” senior captain Doug Haugh said. “When we went home last spring and got sent home in the winter for a longer period of time than usual, I missed being with my teammates. Now, it’s a special feeling being back with one another. We’re all super close and I can have conversations with players from different position groups and the other side of the ball. One of the strongest aspects of the program is the relationships we’ve built with one another, and now we’re excited to take the field together in a game situation.”

Haugh has played running back and long snapper during his time on campus, but it’s his character off the field and his leadership ability that led his teammates to elect him as a captain for this season.

“That was hands down the biggest honor I’ve ever been given,” Haugh said. “I was a career backup and a special teams guy. This showed me how my teammates felt about me and what they thought of me. I’m trying to make sure I do a good job of speaking up when something needs to be said. My teammates and coaches have made it easy for me. Being a captain is an honor I take very seriously.”

The chance to take the field in a game situation for the first time since Nov. 23, 2019 is enough to create a buzz around the program. But that buzz reaches a whole new level when you consider the opponent for the March 13 season opener in Indianapolis – longstanding rival Butler. The two teams will meet twice in the first three weeks of the season, with this year’s possession of the Hoosier Helmet officially dictated based on the outcome of the March 27 game at Brown Field. However, the first one is equally meaningful as the Brown & Gold attempt to avenge a heartbreaking 24-21 loss on Nov. 16, 2019 in the state capital.

“It’s an exciting way to start the season,” fifth-year senior captain Chris Duncan said. “The opportunity to play them twice in one season is awesome. We’re starting the season in rivalry mode and want to be the best we can be right away.”

Duncan displayed his commitment to his coaches, teammates and the game of football during the fall season, when he stuck with the program and continued to practice despite not knowing whether he’d ever take the field for a Valpo football game again. At the time, uncertainty surrounded both the Pioneer Football League’s spring plans and the quarterback’s Valpo future.

The temperatures were low, but team morale remained high throughout Valpo’s unusually-timed preseason practices during the chilly month of February.

“It’s been a lot of fun; everyone is rolling with it,” Haugh said. “Coming from California, it’s definitely something I’ve never done before. It’s a little bit of adversity and we’re all doing a great job getting through it.”

The schedule looks different, the temperature feels different and the circumstances are different surrounding the 2021 spring season. But the positive vibe about the present and future of Fox’s program remains unchanged. And the level of excitement to play the team from Indianapolis in Week 1? That’s as high as ever.

“Prior to coming to Valparaiso, I had never been part of this type of rivalry, an instate rivalry where so much emphasis is put on that game,” Fox said. “I’ve completely embraced it; I love it. It’s fun. I’ll never shy away from the importance of that game. It’s been fun, and I learned it from this community and our football team. I’ve bought in.”

The home opener is slated for March 20 vs. Drake before the aforementioned Hoosier Helmet Game at Brown Field on March 27. Valpo visits Drake on April 3 before traveling to Morehead State on April 10 and hosting San Diego on April 17.

“I’m very pleased with the progression of the program from 2019 to now and the progress we made during our fall practices,” Fox said. “The fall was important in helping us develop as a football team. As we’ve moved into the spring, I’m very pleased with the fourth-and-goal mentality our players have shown with everything they’ve done. I’m thankful for the intentionality and purposefulness they’ve put into each practice, and I’m excited for them to have the opportunity to compete.”