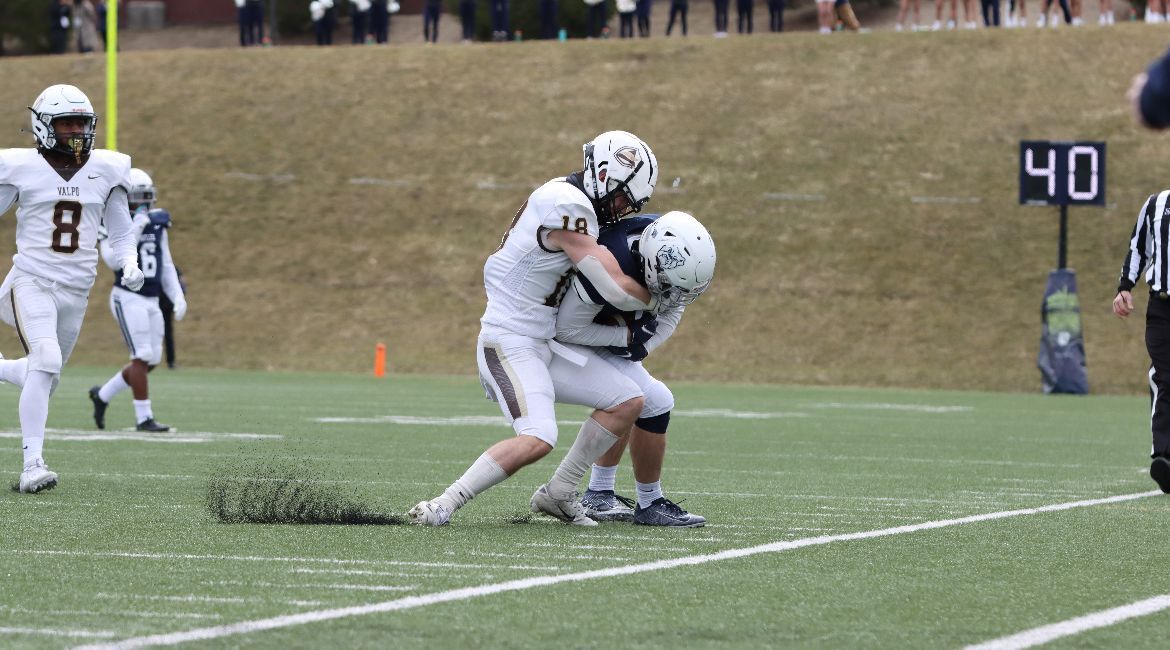 The Brown & Gold opened a unique spring season with a 24-14 victory over the arch rivalry Bulldogs on a day where positives were plentiful on both sides of the ball. Robert Washington (Huntersville, N.C. / East Gaston [Old Dominion]) ran for nearly 200 yards to pace the offense, while the defense locked in following an early Butler scoring drive, forcing a pair of turnovers to highlight a quality showing.

“Any time you get a win, it’s a big deal. It’s hard to get those, so we’re pleased with our football team. This is the culmination of the work that our players have put in on and off the field. I’m proud of their ability to stick together when we fell behind early. I thought it was a good team victory. We’ve handled adversity off the field facing COVID-19 and having our fall season postponed, and now we’ve faced adversity on the field coming back to win this one. Winning a rivalry game is significant for our players and it’s significant for the players who came before them.”

“Early on, we were getting used to the speed of the game. We settled in and executed the game plan better after the first quarter. The nice thing for us as coaches is that there are things that we still have a chance to do a lot better, so we know what we need to improve on going forward.”

“Quite a few freshmen and redshirt freshmen contributed on both sides of the ball. We’re excited for those guys to be on the field and get a chance to play this spring. Keyon Turner is a smart football player and understands the game very well, so it was good to see him make plays for us today.”

“We’re excited about our depth and size on the offensive line. We put a lot of emphasis on linemen and winning the battles up front. The play of the line is important to our team, and we were excited to put eight or nine linemen on the field in certain packages today. The offensive line did a great job creating holes.”

“Robert Washington was a big part of this win today. We didn’t over-complicate things and handed the ball to a very good football player. The thing that I like is that Robert is not only a good football player, but his approach encompasses everything we want from players in our program.”

Valpo (1-0) will host Drake on Saturday at 1 p.m. at Brown Field. The game will be broadcast on ESPN3/+ with links to live video, audio and stats available on ValpoAthletics.com.