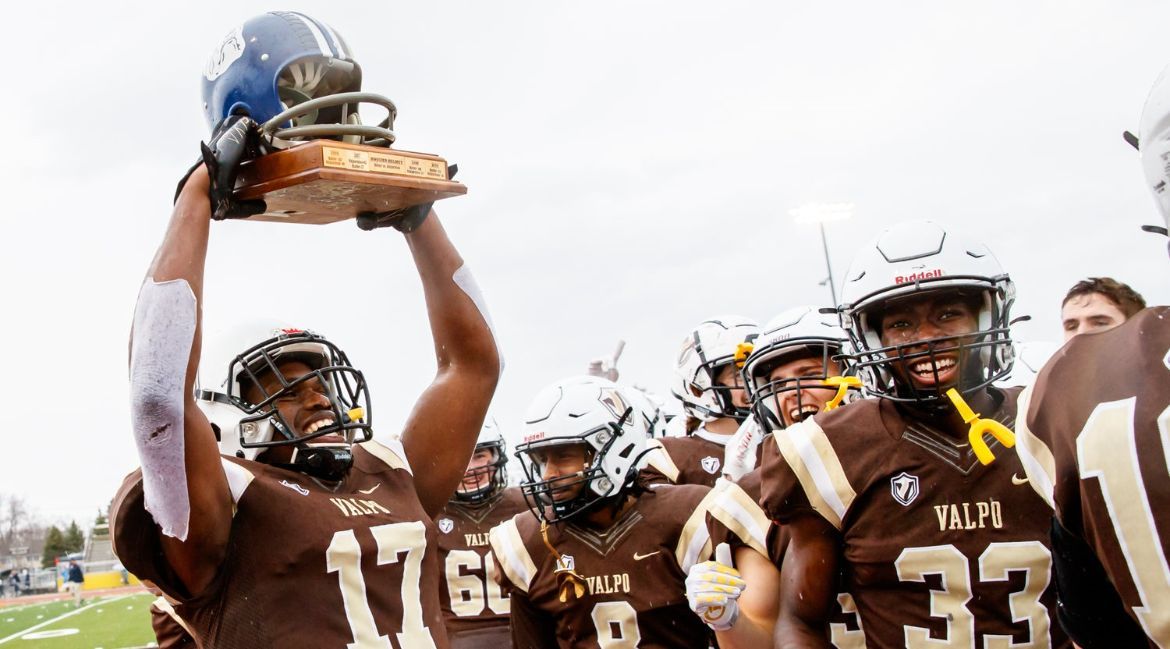 For the first time in the history of the storied rivalry, the Valparaiso University football team has beaten Butler twice in the same season.

The Week 1 victory was a special way to kick off the spring slate, but the Victory Bell sounded even sweeter following Saturday’s 28-25 triumph in the Battle for the Hoosier Helmet at Brown Field. Valpo recovered a Butler onside kick in the closing minutes to put the finishing touches on the victory, and soon after the Hoosier Helmet trophy was back in Valpo hands. Robert Washington (Huntersville, N.C. / East Gaston [Old Dominion]) scored three touchdowns, two rushing and one receiving, to help lift the offense to its highest scoring output of the young season.

Valpo (2-1) will attempt to avenge last week’s setback against Drake by visiting Des Moines, Iowa next week for a 1 p.m. CT kickoff. The game will be broadcast via Bulldog Vision and on the Valpo Sports Network (95.1 FM Valparaiso, TuneIn Radio app). Links to live video, audio and stats will be available on ValpoAthletics.com.