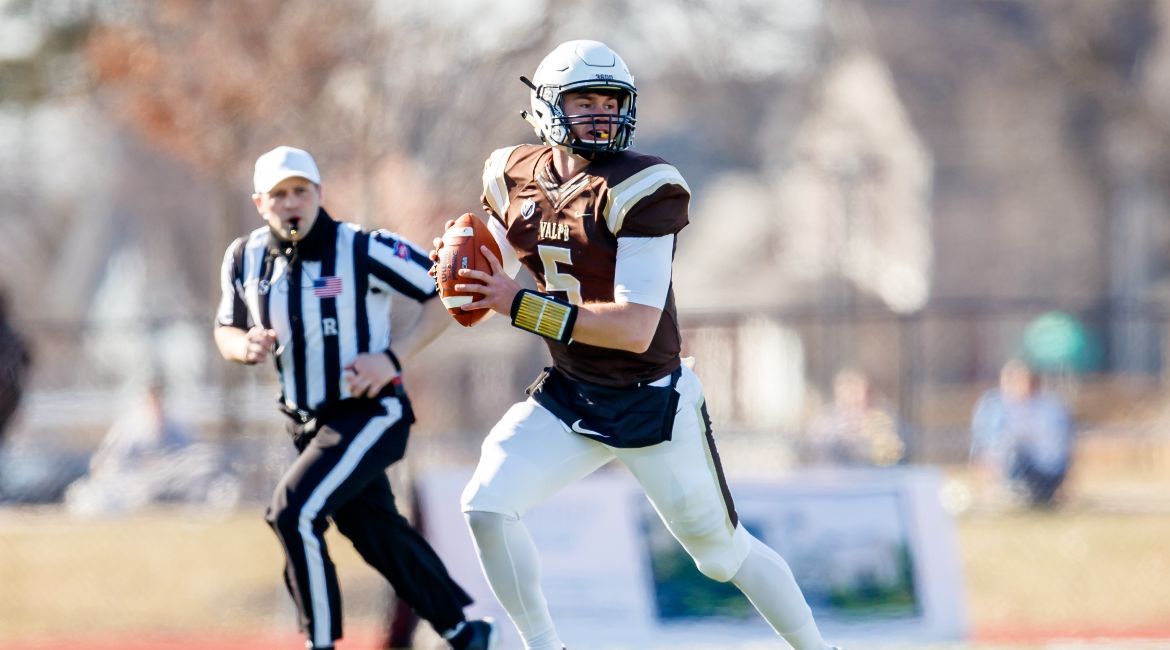 Ben Nimz passed for 77 yards after entering the game at QB on Saturday.
Valparaiso at Morehead State | April 10, 2021

The Valparaiso University football team made a valiant comeback effort on Saturday afternoon in Morehead, Ky., but host Morehead State came away with a narrow 28-24 victory after owning a 21-0 first-half lead at Jayne Stadium. Valpo couldn’t complete what would have been the program’s biggest rally since 1995, incurring just its second setback in a season where all five games have been decided by 11 points or fewer.

Valpo (3-2) will have a chance to nail down a winning season next Saturday, April 17 in the regular season finale at noon CT vs. PFL preseason favorite San Diego at Brown Field. The game will be broadcast on ESPN+/3 and on the Valpo Sports Network (95.1 FM Valparaiso, TuneIn Radio). Links to live video, audio and stats will be available on ValpoAthletics.com.