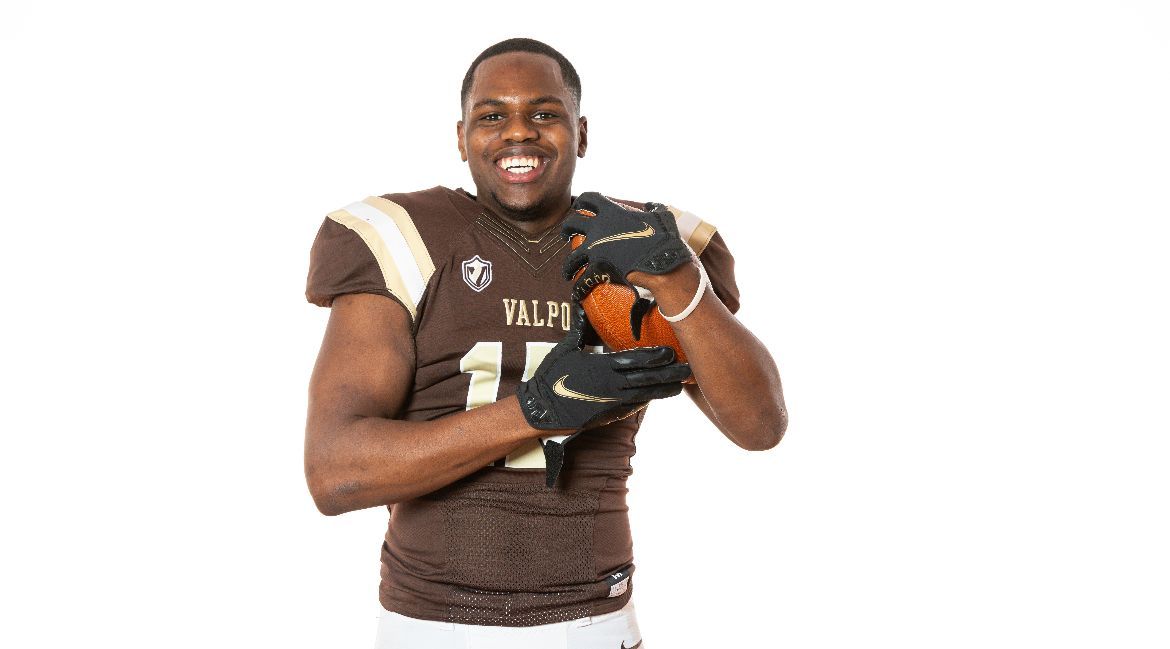 This Week in Valpo Football: The regular season comes to an end on Saturday at Brown Field as the Valparaiso University football team closes out the home slate by hosting Pioneer Football League preseason favorite San Diego. Valpo will attempt to cap off a successful spring by knocking off a traditional league powerhouse on Saturday. A victory would allow the Brown & Gold to secure the program’s best winning percentage since 2003 and give the team an opportunity to earn a share of the PFL title if Stetson defeats Davidson. Saturday will be Senior Day at Brown Field.

Previously: Valpo roared from 21 points down to force a 21-all tie in the second half of the Week 5 game at Morehead State, but the host Eagles edged their way to a 28-24 victory as Valpo couldn’t complete what would have been its largest comeback since 1995. Gabe Lawson scored a pair of touchdowns, Robert Washington ran for 180 yards and Keyon Turner notched his fourth interception of the season.

Series Notes: Valpo is 5-20 all-time against San Diego and has dropped 14 straight head-to-head meetings dating back to Oct. 18, 2003, a 41-34 win at Brown Field. The most recent matchup saw the host Toreros come away with a 42-17 victory on Oct. 19, 2019. San Diego will make its first trip to Northwest Indiana since Sept. 26, 2015, a 38-6 victory for the guests. The closest Valpo has come to knocking off the perennial PFL favorites in recent years was Nov. 15, 2014, one of the most heartbreaking defeats in Valpo football history. Valpo scored a go-ahead touchdown with 28 seconds remaining to grab a 27-26 lead, but San Diego won on a 44-yard desperation pass with no time on the clock to prevail 32-27.

Following Valpo Football: The game will be broadcast on ESPN3 with Todd Ickow (play-by-play) and Dave Huseman (analyst) on the call. In addition, Zach Collins (play-by-play) and Noah Godsell (analyst) will handle the Valpo Sports Network radio call, which is available on 95.1 FM Valparaiso and via the TuneIn Radio app. Links to live video, audio and stats will be available on ValpoAthletics.com.

Head Coach Landon Fox: Landon Fox (4-13) completed his first season as the head coach of the Valparaiso University football program in 2019. In Year 1 of the Fox Era, Valpo ranked in the Top 5 in the PFL in scoring defense (32.0, fifth), total defense (381.6, fourth), rushing defense (184.2, fourth) and passing defense (197.3, fifth). The defense also thrived in critical down-and-distance situations, as the team’s opponent third-down conversion percentage of 32.4 ranked second in the league and its opponent fourth-down conversion percentage of 46.2 was third. After spending the previous 11 seasons as the defensive coordinator and secondary coach at the University of Dayton, Fox was named the head football coach at Valpo prior to the 2020 season. His teams held opponents to an average of 19 points per game during his time as the defensive coordinator at Dayton. He helped the Flyers finish with 10 winning seasons in his 11 years on staff and guided a defensive backfield that produced one All-American, four Academic All-Americans, two PFL Special Teams Players of the Year and three corners who were invited to NFL Rookie Minicamp. Prior to joining Dayton’s staff, Fox served as the linebackers coach and special teams coordinator at Wayne State University in Detroit from 2005-2007. He also spent time as a defensive graduate assistant at Ball State University (2004), Dayton (2002-2003) and Lakeland College (2001). Fox began his coaching career as an assistant varsity coach at Preble Shawnee High School in Camden, Ohio during the 2000 season. During his playing days, Fox was a team captain and all-conference performer at Defiance College in Defiance, Ohio from 1995-1999 and graduated with a degree in physical education and health in May 2000 before earning his master’s degree in education from Lakeland in May 2002.

With a win vs. San Diego, Valpo would…

Competing in Close Ones