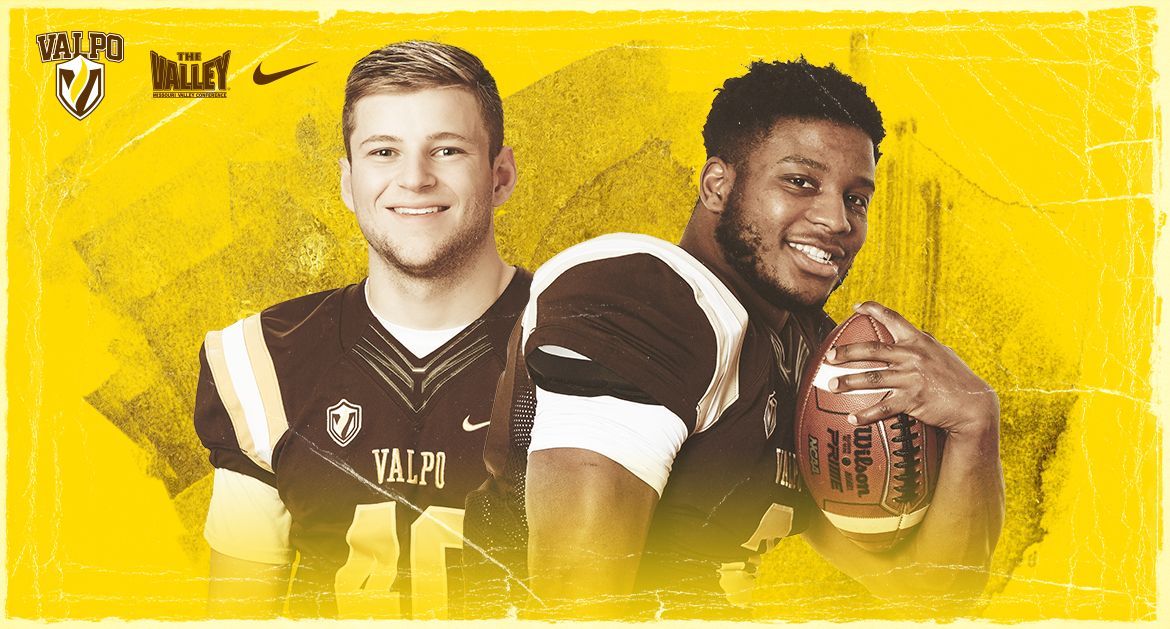 The Valparaiso University football team received a pair of major Pioneer Football League awards on Monday as the conference unveiled its highest accolades for the Spring 2021 season.

Washington ranked eighth nationally in FCS in rushing yards per game at 108.8. He accrued 100 or more rushing yards on four occasions including a season-high 199 on 39 carries in the March 13 season opener at Butler, the highest single-game rushing output by a Valpo player since 2012. His 199-yard performance marked the ninth-highest single-game rushing number in the nation this season, and he was one of three players nationally with multiple games of 180+ rushing yards.

Washington, who totaled 653 yards and five touchdowns on 140 carries over six games, had the most rushing yards in a season by any Valpo player since Brandon Hall’s 855 in 2014 despite this year’s slate being shortened to six games. Washington was named the PFL Offensive Player of the Week once this season and earned a pair of College Sports Madness PFL Offensive Player of the Week nods. In addition, the Valpo running back ranked 11th nationally in total rushing yards and 12th in all-purpose yards per game (129.33).

Niesner tied Greg Wood’s program record for single-season punting average at 43.6. When taken to the next decimal point, Niesner’s 43.58 is narrowly behind Wood’s 43.64, which is also the Pioneer Football League record. Niesner’s mark is the second-best in PFL history. He ranked eighth nationally in punting average in Division-I FCS this spring.

Niesner booted seven punts for 50+ yards this season including a career-long 72 in the season finale vs. San Diego. He pinned the opposition inside the 20 on nine occasions while totaling 1,351 yards over his 31 boots. Niesner earned a pair of PFL Special Teams Player of the Week accolades this spring.

The PFL will release its all-league teams on Tuesday afternoon.