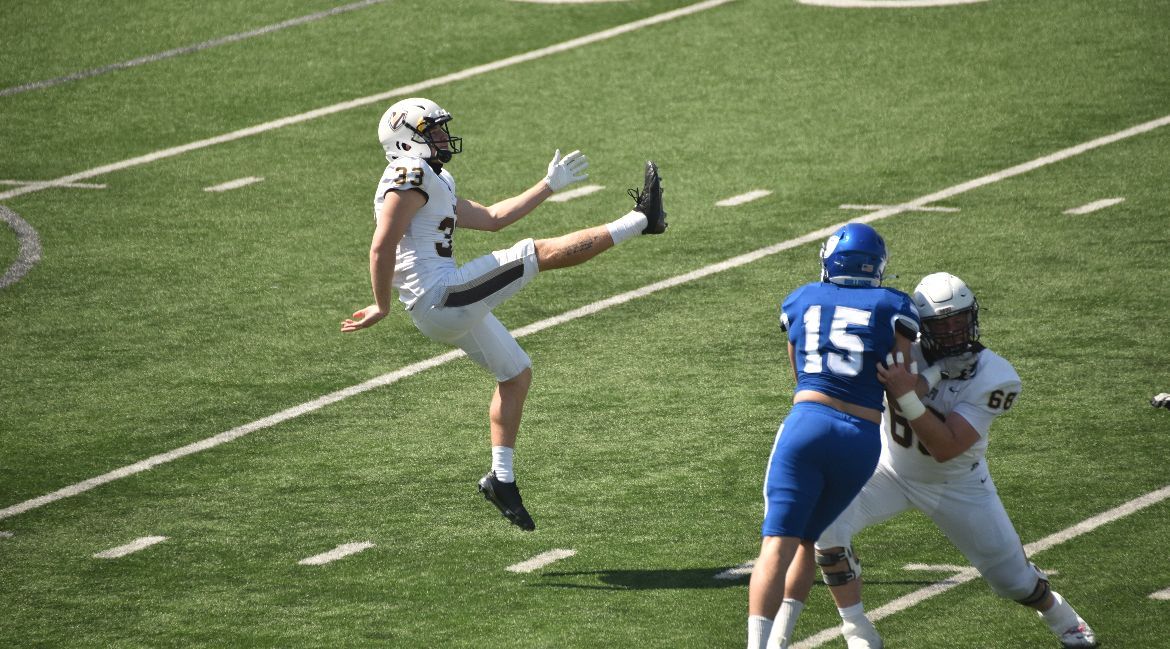 Ben Niesner was named a semifinalist for the FCS National Punter of the Year Award.

Valparaiso University football senior Ben Niesner (Black Diamond, Wash. / Tahoma [Portland State]) added another high honor to a week filled with recognition on Friday as he was named a semifinalist for national FCS Punter of the Year.

Niesner is one of 10 semifinalists for the FCS Punter of the Year Award, which will be announced by the Augusta Sports Council on May 7. Earlier this week, Niesner became the first Valpo player to earn Pioneer Football League Special Teams Player of the Year honors. In addition, he was named to the All-PFL First Team and the Academic All-PFL First Team.

Niesner tied Greg Wood’s program record for single-season punting average at 43.6. When taken to the next decimal point, Niesner’s 43.58 is narrowly behind Wood’s 43.64, which is also the Pioneer Football League record. Niesner’s mark is the second-best in PFL history. He ranked eighth nationally in punting average in Division-I FCS this spring.

Niesner booted seven punts for 50+ yards this season including a career-long 72 in the season finale vs. San Diego. He pinned the opposition inside the 20 on nine occasions while totaling 1,351 yards over his 31 boots. Niesner earned a pair of PFL Special Teams Player of the Week accolades this spring.

FCS Punter of the Year Semifinalists