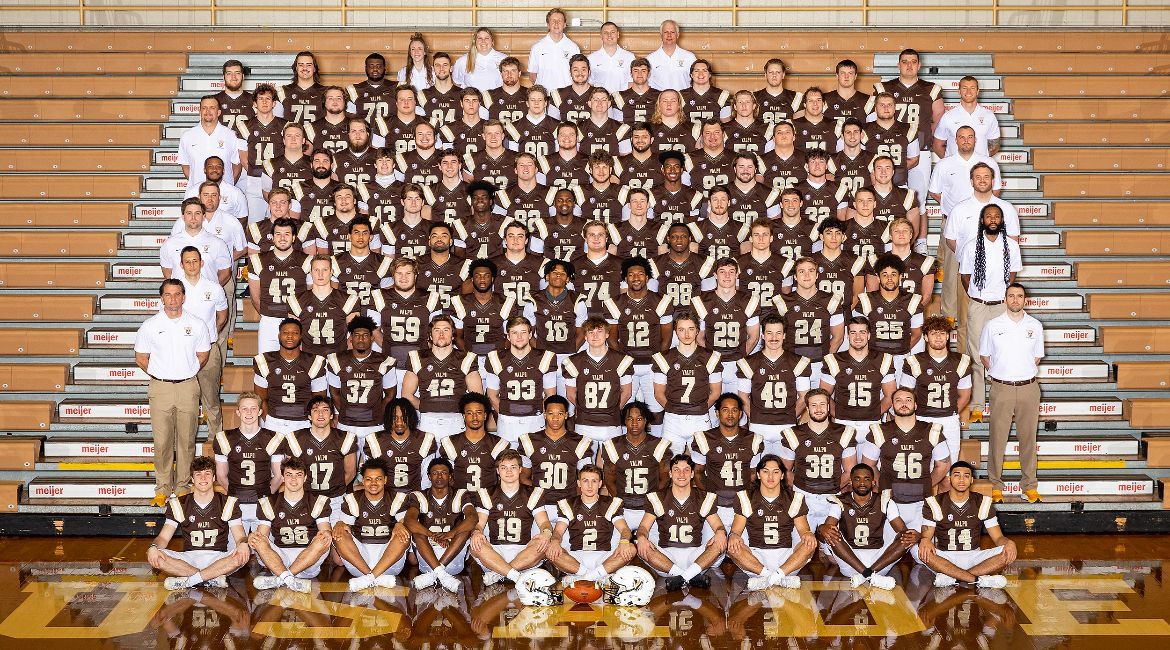 The Valparaiso University football program has announced its team postseason awards for the Spring 2021 season.

Peifer was a First Team All-PFL choice after finishing with a team-high 42 tackles. Washington became the first player in program history to earn the PFL Offensive Player of the Year Award, while Niesner was named the co-PFL Special Teams Player of the Year and a semifinalist for FCS National Punter of the Year after tying program and league records for single-season punting average.

Bartholomew, who walked onto the team two years ago after one season of high school football, redshirted in 2018 and was a backup in 2019. He saw his first collegiate action this year and thrived in the starting kicker role, earning First Team All-PFL honors by converting seven of his eight field-goal tries and going 13-for-13 on PATs.

An All-PFL Honorable Mention recipient, Byrd was the leader of an offensive line that helped the team finish third in the league in rushing offense while outrushing opponents for the first time since 2007. After leading the FCS nation in takeaways with six (one in each game), Turner was named a finalist for STATS FCS National Freshman of the Year and a HERO Sports Freshman All-American in addition to becoming the only rookie to earn First-Team All-PFL honors.

Haugh was a team captain and he and Bishop spearheaded the program’s community service efforts. Annis ranked second on the team and eighth in the league in tackles per game while earning Second Team All-PFL honors, and Sherman earned a place on the MVC Scholar-Athlete Second Team. Drs owns a 3.9 cumulative grade point average in mechanical engineering.

The program’s efforts led to the team’s winningest season since 2003, highest finish in the PFL standings since 2003 and its best total defense in the last 40 years.