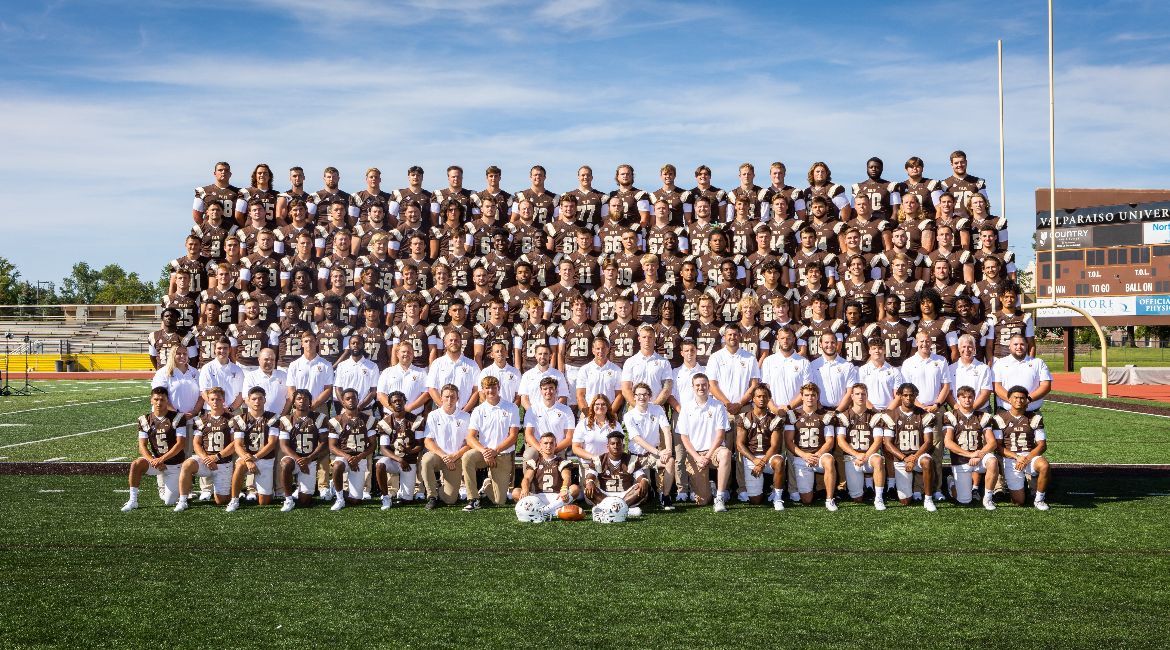 Head coach Landon Fox’s squad features talented newcomers to go along with a strong returning core with the bulk of the starting lineup back from the team’s breakthrough season. After a competitive fall camp, the Beacons are poised to turn the page to Week 1 with the season set to kick off on Saturday, Sept. 4 at Indiana Wesleyan.

The nonconference schedule continues with a challenging test on Sept. 11 at North Dakota State before the home opener on Sept. 18 vs. Ivy League foe Dartmouth. The PFL docket begins on Sept. 25 at Drake.

The most talked about position on the gridiron has become a source of depth for Fox’s team as the quarterback room features six quality players – two returnees, two transfers and two true freshmen.

“Coming out of camp, there are a number of players who are still battling for the starting quarterback position,” Fox said. “As we move into Week 1, we will continue to evaluate who will be our starter. A number of our quarterbacks performed well during camp, and each of them brings a different skill set to the table. There were days where we were very efficient at that position during camp, and we know we need that to continue for our team to be successful on offense.”

Washington became the first player in Valpo history to earn the PFL Offensive Player of the Year Award and was one of seven unanimous All-PFL selections after ranking eighth nationally with 108.8 rushing yards per game. Orekoya has spent the last five years as part of the University of Massachusetts program. Sophomore Darius Lane (Stephens City, Va. / Sherando) will also see time at running back.

“We were extremely excited about what Robert was able to accomplish for us last season,” Fox said. “Adding Nick as a graduate transfer has given us depth at that position. Nick will help balance the load and allow us to keep Robert fresh throughout the season.”

Ollie Reese is back as a third-year starter and figures to lead the way at the wide receiver position. He earned All-PFL Honorable Mention in 2019, when he led the team in receptions (34) and receiving yards (545).

“The receiver group has a lot of depth along with experience,” Fox said. “We should be able to utilize that depth both at the wide receiver position and on special teams. There are a lot of players in that group who can help our football team with their ability to catch the ball or run the ball. We expect big things from Ollie as a three-year starter.”

“We’re excited about our tight ends being effective in both the run game and the pass game,” Fox said. “We have the ability to do both and we’ve proved that during fall camp. We’re going to rely on those guys throughout the fall to be good in both areas.”

The entire starting offensive line from the Spring 2021 season is back this fall as a young group has gained a year of experience up front. Aaron Byrd (Bradley, Ill. / Bourbonnais) is the veteran anchor at the left tackle position.

“It was a competitive camp for us at the offensive line position,” Fox said. “We have several players who were able to earn playing time through their hard work and effort through the summer time and in camp. You’re always going to win games up front. With the skill we have at the running back and wide receiver positions, the offensive line is going to be very critical to our success.”

Austin Martins (Newman, Calif. / Orestimba [Modesto JC]) and Trejuan Purty (Maryville, Tenn. / Maryville [East Tennessee State]) are among the returning starters on the defensive line. Both have played a critical role in the defense’s success since Fox’s arrival, and Purty has earned All-PFL Honorable Mention nods in each of the last two seasons. In addition, Nathan Orlandini (Columbus, Ohio / Upper Arlington) is back as a three-year starter.

“We have six guys who played a lot of football up front for us last season returning this year,” Fox said. “We’re going to expect big things from this group. On defense, a major key to our success is the play of our line.”

“Jaxon and Evan are the quarterbacks of our defense,” Fox said. “They’re leaders and good football players. Trey has also played a lot of football for us over the last two years. We love the experience that we have in this position group.”

After leading the FCS nation in takeaways with four interceptions and two fumble recoveries last season, sophomore Keyon Turner (Chicago, Ill. / Marist) is back to lead the way in the Valpo secondary. He was a finalist for the FCS Jerry Rice Award (National Freshman of the Year) and was the lone rookie on the All-PFL First Team in the spring.

“Keyon made a lot of big plays for us and wasn’t even a starter as a freshman last season,” Fox said. “This year, he’ll get the nod as a starting corner alongside another all-league performer in Jadarius. At safety, Kohlton has been Mr. Consistent and Anthony played a lot for us in the spring as well. We expect big things from that position group.”

“Our specialists are a huge part of our team,” Fox said. “We’ve very fortunate to have one of the best punters and one of the best kickers in the league. We’re excited about what they can do for our program this season. Special teams accounts for a third of the game and those players help us win that facet.”