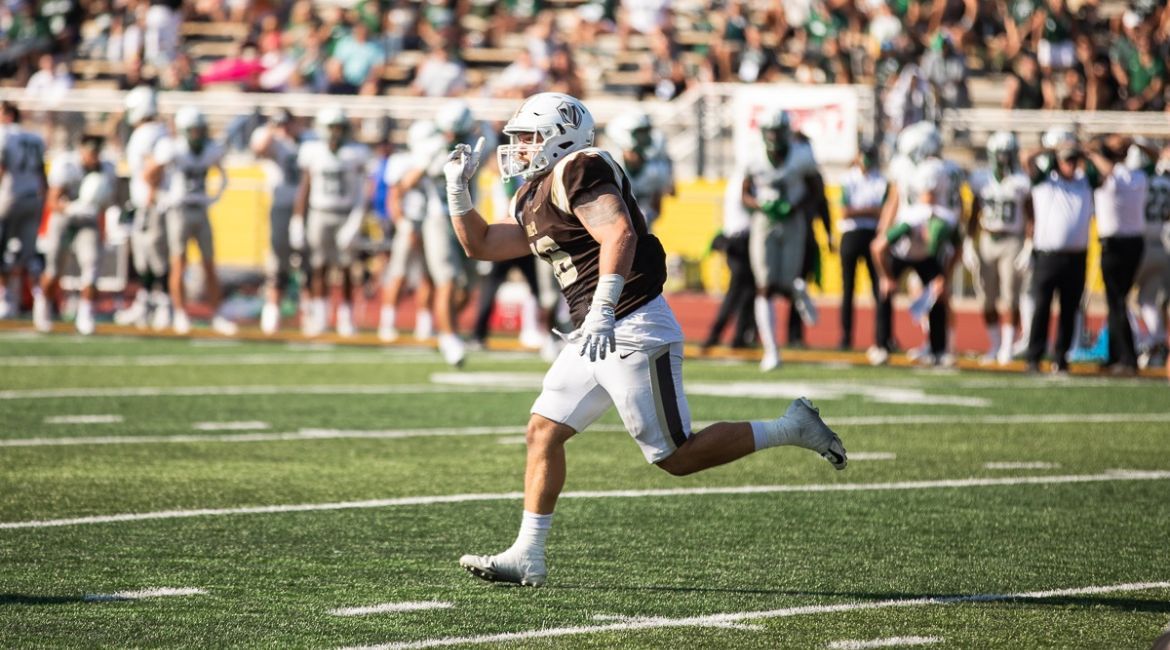 Austin Martins had two fumble recoveries in the fourth quarter on Saturday vs. Dartmouth.

The fumble recoveries were the first of Martins’ collegiate career as he accomplished the rare feat of recovering two fumbles in a single game (and in this case, in a single quarter). He played a key role in a strong defensive effort that featured two safeties and three takeaways. Martins posted a career-high six tackles including five solos and contributed 0.5 sacks.

This marks Valpo’s first weekly honor this season after the team won seven weekly awards from either the league office or College Sports Madness during the six-week Spring 2021 season.

Valpo played its first game against a member of the Ivy League since 1999 (Yale) and came the closest it ever had to knocking off an Ivy League foe. The 28-18 setback came to a Big Green team that has gone 26-4 over the last three seasons.