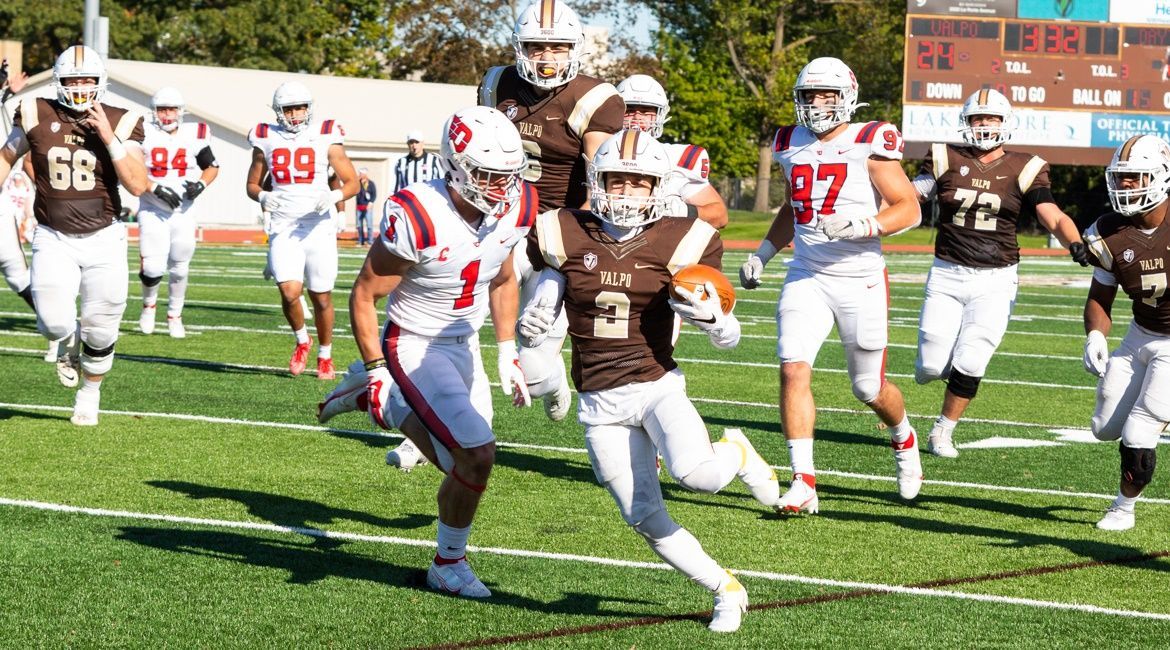 After a string of heart-pounding games that came down to the final play, the Valparaiso University football team made sure there was little doubt in the second half on Saturday afternoon at Brown Field.

Not only did the Beacons bounce back from consecutive narrow defeats by knocking off a perennial Pioneer Football League powerhouse, but they did so in convincing fashion by pulling away from Dayton 45-28 behind a 31-point second half including a third quarter that saw Valpo outscore the guests 17-0.

The offense crafted its finest performance of the season to help head coach Landon Fox prevail over one of his coaching mentors in Dayton head coach Rick Chamberlin. This marked Fox’s first victory over the Flyers, where he spent a decade leading the defense prior to his arrival on Valpo’s campus.

Valpo (2-5, 2-2 PFL) will return to the road next week to visit San Diego. The game will be available on the WAC Digital Network as well as the Valpo Sports Network (TuneIn Radio app, 95.1 FM Valparaiso and ValpoAthletics.com) with kickoff slated for 3 p.m. Central Time.