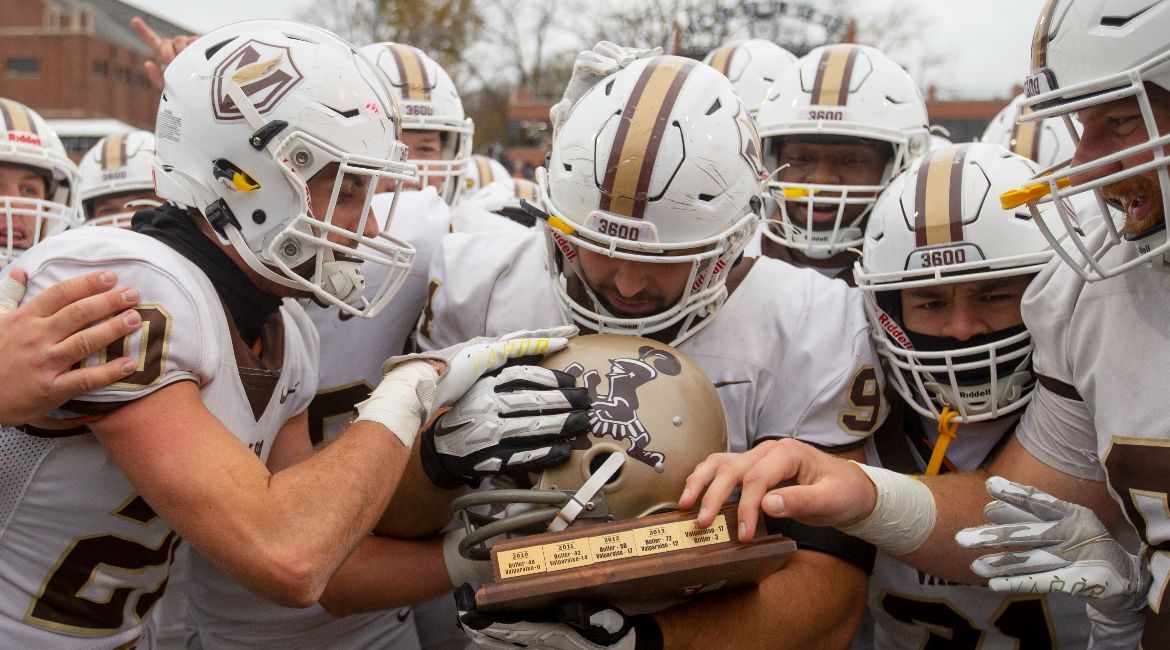 Regardless of the score, winning the Hoosier Helmet is always sweet for the Valparaiso University football team.

But this score? This one made for an even more joyous bus ride north after an unforgettable day in Indianapolis – Valpo 47, Butler 3.

The Beacons outgained the Bulldogs 421-191 en route to the most lopsided league win in program history while also setting a program record for margin of victory against a Division-I opponent. Valpo has now won three straight in the rivalry series, all this calendar year.

Valpo (4-6, 4-3 PFL) will attempt to close out a winning PFL season next Saturday on Senior Day at Brown Field. Morehead State will be in town for a 1 p.m. kickoff in a game that will air on ESPN3. For ticket information, visit www.valpoathletics.com/tickets.