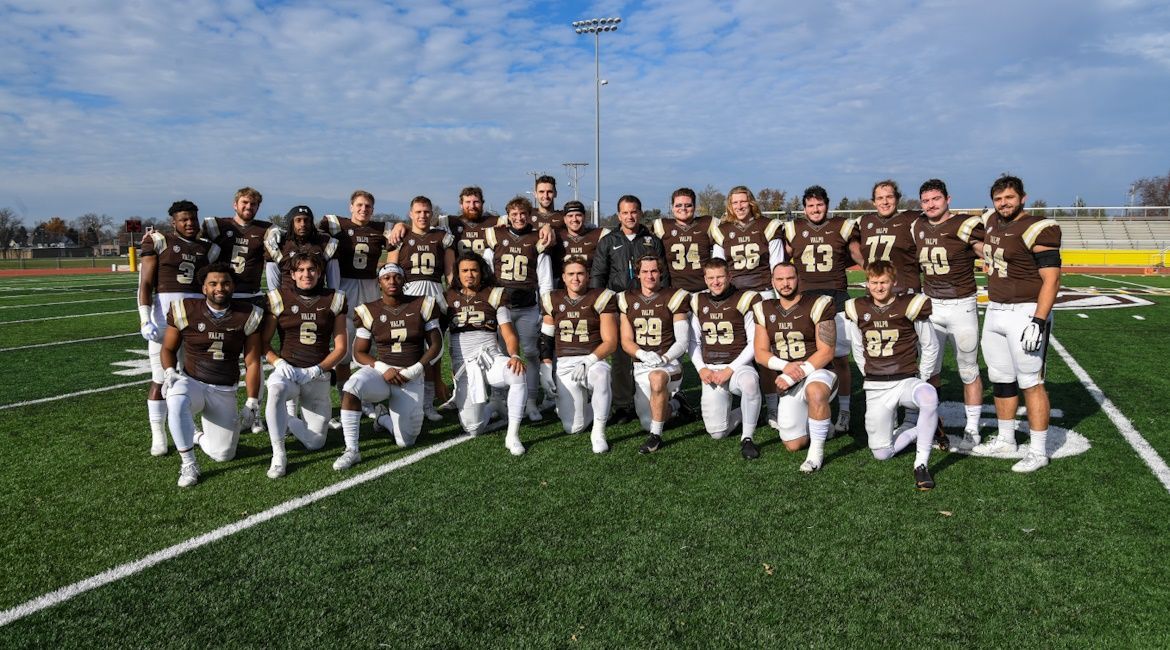 The Valparaiso University football program recognized 25 seniors in a pregame ceremony on Saturday afternoon at Brown Field. Those festivities gave way to a 51-38 setback in a high-scoring battle with Morehead State that wrapped up the Fall 2021 campaign. The season featured a number of highlights and achievements as Valpo (4-7, 4-4) boasted a Pioneer Football League record of .500 or better for the second straight season and went a combined 8-6 in PFL action during the calendar year of 2021.