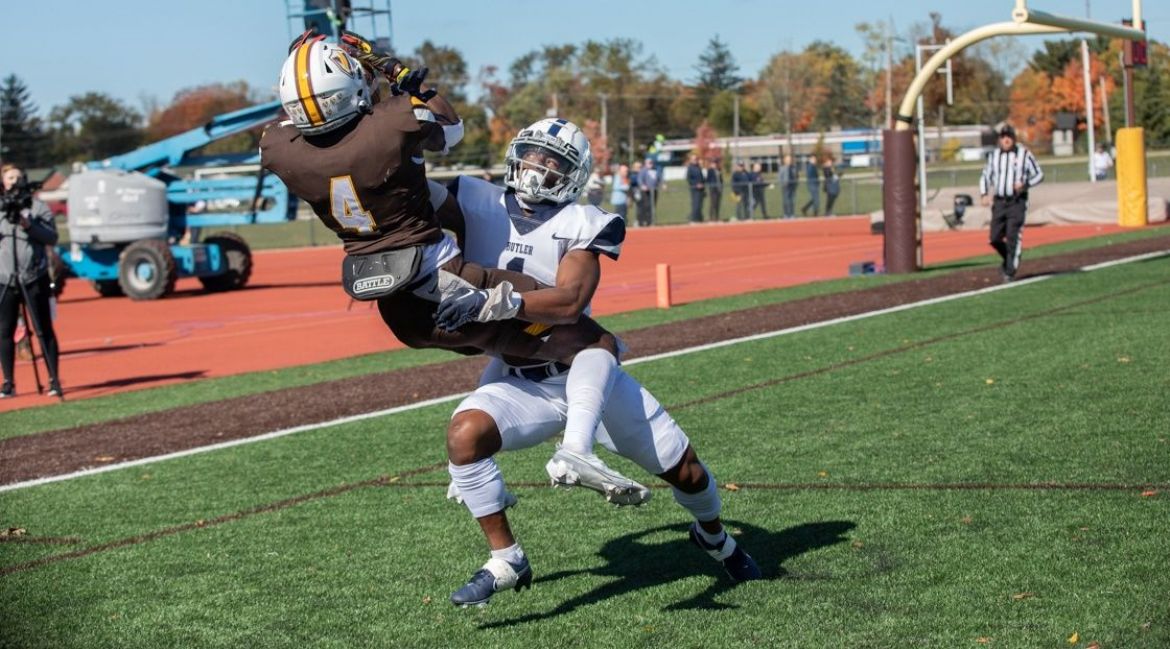 The Valparaiso University football program raced out to a 13-0 first-quarter lead that stood as the halftime score against rival Butler on Saturday afternoon at Brown Field, but the visiting Bulldogs roared from behind to erase a 13-point fourth-quarter deficit to beat the Beacons 26-25 in the latest installment of the Hoosier Helmet rivalry series. Valpo entered the game with its best start to Pioneer Football League play since 2003 before suffering a heartbreaking setback for the team’s first league defeat of 2022.

Valpo (3-3, 2-1 PFL) will attempt to bounce back next week in a game at Morehead State that will kick off at 1 p.m. CT on ESPN+. Links to live video, audio and stats will be available on ValpoAthletics.com.