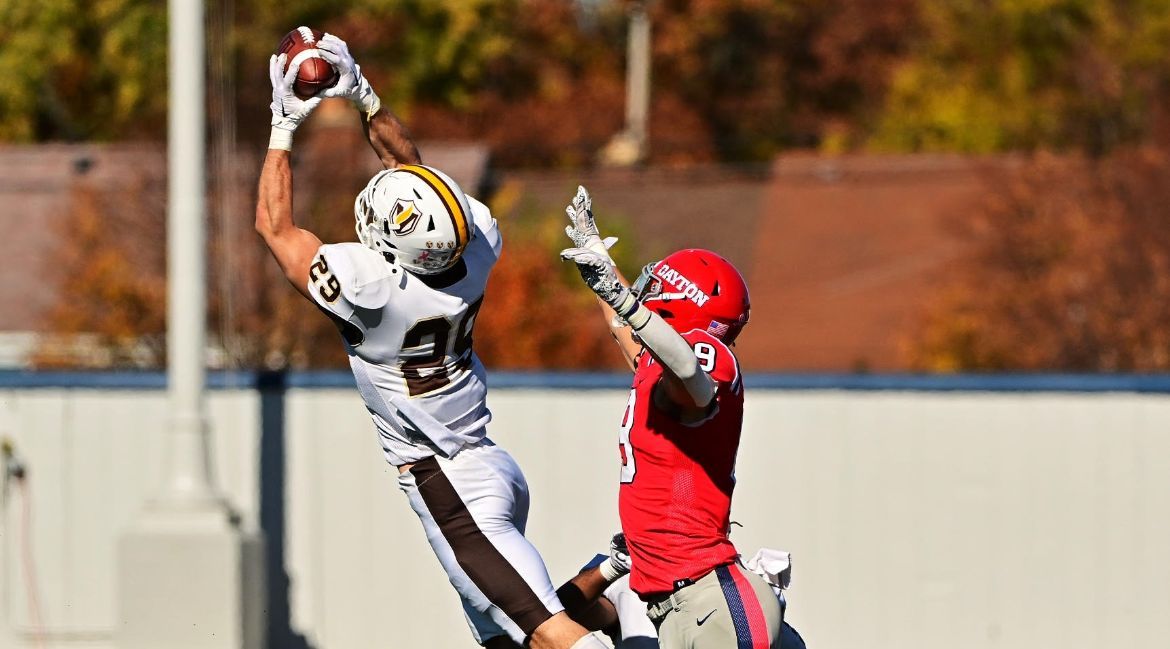 Close games have become the norm for the Valparaiso University football team.

The Beacons battled back from an early 14-point deficit to take the lead early in the second half, but host Dayton snapped a 24-all deadlock with a go-ahead touchdown in the closing seconds to prevail 31-24 in another Pioneer Football League thriller at Welcome Stadium in Dayton, Ohio. A pair of Valpo receivers accrued over 100 receiving yards for the second straight week and the defense came up with three interceptions, but the Flyers ran for over 300 yards in the victory.

Valpo (4-4, 3-2 PFL) will try to return to the win column next week as first-place St. Thomas makes its way to Brown Field for a 1 p.m. kickoff. The game will be broadcast on ESPN3.