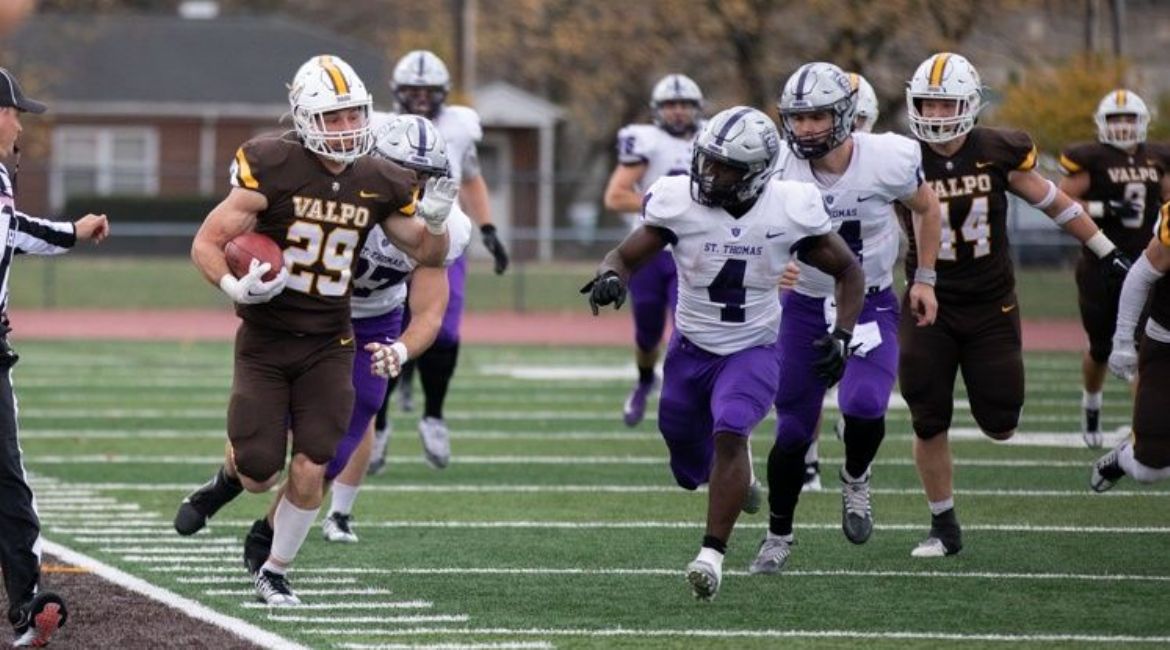 Kohlton Sherman had an interception for the third consecutive game.
#25 St. Thomas at Valparaiso | November 05, 2022

No. 25 St. Thomas remained undefeated in Pioneer Football League play by topping the Valparaiso University football team 34-7 on a blustery and overcast Saturday afternoon at Brown Field. A topsy-turvy first quarter saw the two teams combine for five turnovers including three forced by the Valpo defense, but the Brown & Gold had no points to show for the early takeaways.

Valpo (4-5, 3-3 PFL) will try to bounce back next week with a trip to Marist for an 11 a.m. CT kickoff on Saturday in Poughkeepsie, N.Y. The game will air on ESPN+. Links to live video, audio and stats will be available on ValpoAthletics.com.