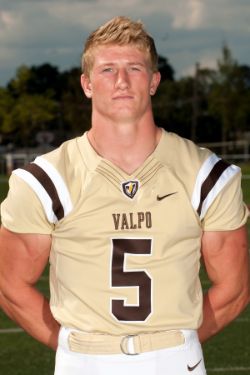 Prep: A three-year letterwinner for the Vikings ... an All-State, All-Area and All-Conference selection as a senior ... named to Indiana North All-Star Team in 2015 ... leading rusher in the conference ... named team MVP as a senior and team's best offensive back in each of his three seasons ... two-time Athlete of the Week and once named Athlete of the Month by the NWI Times ... helped team to conference title as a senior ... also earned two letters in baseball and lettered in basketball.

Personal: Son of Marvin and Stephanie Crook ... undecided upon major.