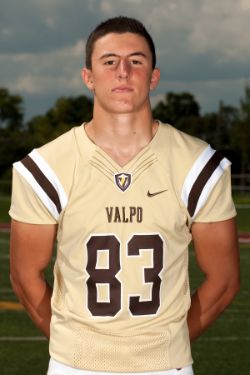 2016: Played in two games during his first season at Valpo... Made his debut with two catches for 18 yards on Sept. 3 at Illinois State... Member of PFL Academic Honor Roll.

Prep: A three-year letter winner for the Vikings ... an Honorable Mention All-Area selection by the NWI Times as a senior ... member of conference championship team in 2015 as a senior ... was named team's most valuable wide receiver three times.