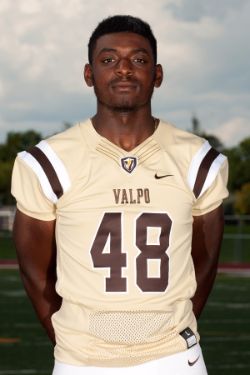 2016: Played in two games and made five tackles in his first season at Valpo... Made his collegiate debut on Oct. 15 at Stetson and acheived his first career tackle... Racked up four tackles on Oct. 22 at San Diego.

Prep: A two-year letter winner for the Cougars ... earned All-Conference accolades as a senior after receiving Honorable Mention notice as a junior ... team captain his senior season ... also earned two letters in basketball.

Personal: Son of Billy and Shandra Dickson ... undecided upon major.