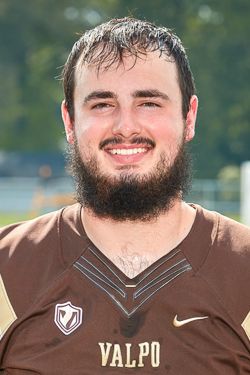 Prep: A two-year letter winner for the Spartans ... earned All-Conference honors at defensive end both as a junior and as a senior ... also competed in baseball, basketball and track and field ... member of National Honor Society.

Personal: Son of Ken and Marlo Osmond ... major is engineering.