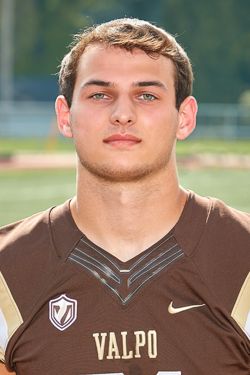 Prep: Was a three-year letter winner… Led the team in tackles as a junior in 2016, helping his school to an 8-4 record and a victory over the No. 1 team in the state in the first round of the playoffs… Voted the best Defensive Skill Player by his team as a junior while also garnering first-team all-conference recognition… Played in four games and totaled 27 tackles in a senior season that was cut short by an injury… Played rugby for three years and was a state-runner up in 2016… Graduated on the honor roll.