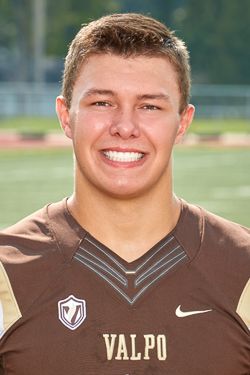 Personal: Son of Jamie Edgerton and Shawn Earlywine… Stepparents are Christina McMahon and Tony Earlywine… Has two siblings, Shelby and Guy Edgerton… Majoring in exercise science with a minor in sports management…. Has been an offensive lineman for all 13 years he has played football… Has worn number 53 since middle school because his uncle also wore that number and was an all-conference and all-state player at the same high school he attended… Hobbies include fishing and doing woodworking projects… Credits high school strength coach Matt Cates as his inspiration in the exercise science field.