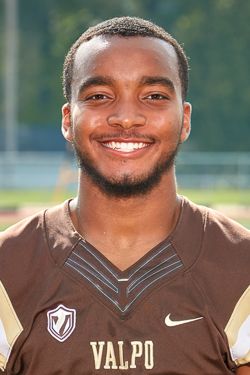 2019: Competed in nine games and had five catches for 21 yards…. Made a 13-yard catch – his longest of the season – in the opener on Aug. 29 at Eastern Kentucky… Had a season-high two grabs on two occasions – Sept. 14 vs. Central Connecticut and Oct. 12 vs. Dayton.

2018: Appeared in two games during his first season on campus… Made his debut in the home finale on Nov. 10 vs. Jacksonville before playing again the next week in the season finale at Stetson… Retained four seasons of eligibility.

Prep: Played three years of varsity football… Made 36 catches for 376 yards and three TDs as a junior… Led his team in receiving and passing as a senior, playing both quarterback and wide receiver… Was named an all-conference and all-area wide receiver as a senior… Was a two-time all-state performer in track and field, competing in the long jump, 1600-meter relay, 800-meter relay and 400-meter run… Was a regional champion in the 400 as a senior, clocking in at 50.11… Was a three-time Capital Area Activity Blue conference champion in the long jump (22-4) and a three-time all-conference and all-area performer in four events… Earned a total of nine varsity letters – four in track and field, three in football and two in basketball… Was an all-academic team honoree three times in football, twice in basketball and four times in track and field… Earned all-conference honorable mention in basketball as a senior… Was a member of National Honor Society, earning a 3.5 high school GPA... Was a team captain in football and basketball.

Personal: Mother is Lori Burton, father is Kenneth Brewer II and step father is Larry Burton Jr… Step dad played wide receiver and defensive back at Ferris State University and was a four-year letter winner from 2001-2005.