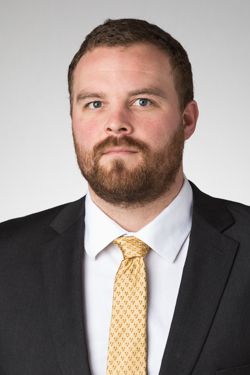 Dunn played a key role in Valpo ranking fourth in the Pioneer Football League in rushing defense in 2019 by allowing just 184.2 yards per game on the ground, the team’s highest league ranking in rushing defense since 2007. His position group included Trejuan Purty, who earned All-PFL Honorable Mention status in his first season on campus. Purty finished tied for sixth in the PFL in sacks with 3.5.

Dunn was part of a unit that had a knack for dropping opponents behind the line of scrimmage as Valpo racked up 70 tackles for loss, the program’s most since 2007 and tied for the fourth-most in a single season in program history. Valpo had seven or more tackles for loss in four different games, a feat the team had achieved just once in the previous three seasons combined.

Dunn was part of the first victory of the Landon Fox head coaching era on Oct. 26, 2019 as Valpo topped Stetson 19-10. That win came behind a dominant defensive showing as Valpo allowed 10 points or fewer in a game for just the fourth time in a 19-year span. Stetson entered the contest ranked first in the FCS nation in total offense. The Hatters came into the game with a 5-1 record, the first time Valpo beat a team that stood at 5-1 or better since 2003.

Dunn came to Porter County in 2019 after a stint as the co-defensive coordinator at Wittenberg University in Springfield, Ohio that began in July 2016. The team compiled a 29-4 record in his three seasons on staff and produced the conference defensive player of the year all three seasons. His defense held opponents to an average of 19.2 points per game.