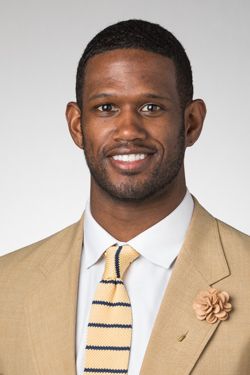 Devin Figaro finished his first season as the wide receivers coach at Valpo in 2019.

In his first year on staff, Figaro helped numerous wide receivers make clear strides over the course of the season. He guided juniors Ollie Reese and Deuce Larose to 2019 All-PFL Honorable Mention status.

Several Valpo wide receivers had career days on Nov. 9 vs. Morehead State as Larose made six catches for 112 yards, surpassing 100 yards for the first time in his career. Oscar Lopez hauled in nine grabs for 78 yards, both personal bests. Larose had Valpo’s highest single-game receiving total since Nov. 10, 2018, while Lopez was the first Valpo player with nine or more receptions in a game since Nov. 14, 2015. Larose finished the season with three straight games with 90 or more receiving yards. Larose (48.4, ninth) and Reese (45.4, 10th) both finish in the Top 10 in the PFL in receiving yards per game. Reese also finished sixth in all-purpose yards per game with 110.7.

Before making his way to Porter County in 2019, Figaro had been the wide receivers coach at Notre Dame College in Cleveland, Ohio since the spring of 2017.