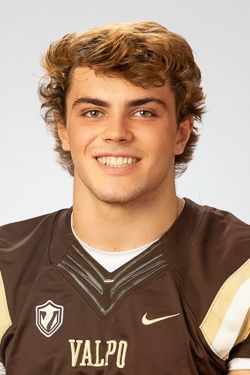 Spring 2021: Played in two games… Made his collegiate debut in the March 13 season opener at Butler… Also competed on March 20 vs. Drake.

Prep: Four-year varsity letter winner… Earned All-Region status and helped his team to a 24-16 record during his career… Top individual performance featured 280 rushing yards, four touchdowns and an interception… Also played basketball and lacrosse all four years … Was on the honor roll as a junior… Named a team captain as a senior.