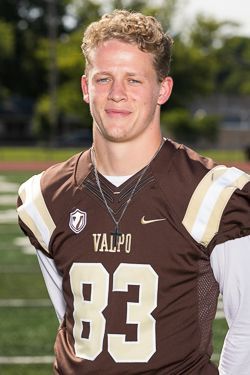 Spring 2021: Did not see game action in his first season on campus… Member of PFL Academic Honor Roll.

Personal: Son of Don and Tracy Milks… Has one sister, Lauren, who is in the Class of 2021 at the University of Maine... In his free time, likes to fish in fresh and salt water and ride his KTM 250 enduro bike in the woods... Majoring in business... Born on Aug. 26... Hometown of Wantage, N.J. is located is northwest New Jersey and near the New York and Pennsylvania border... Is a Los Angeles Rams fan and tries to attend a game or two each season.