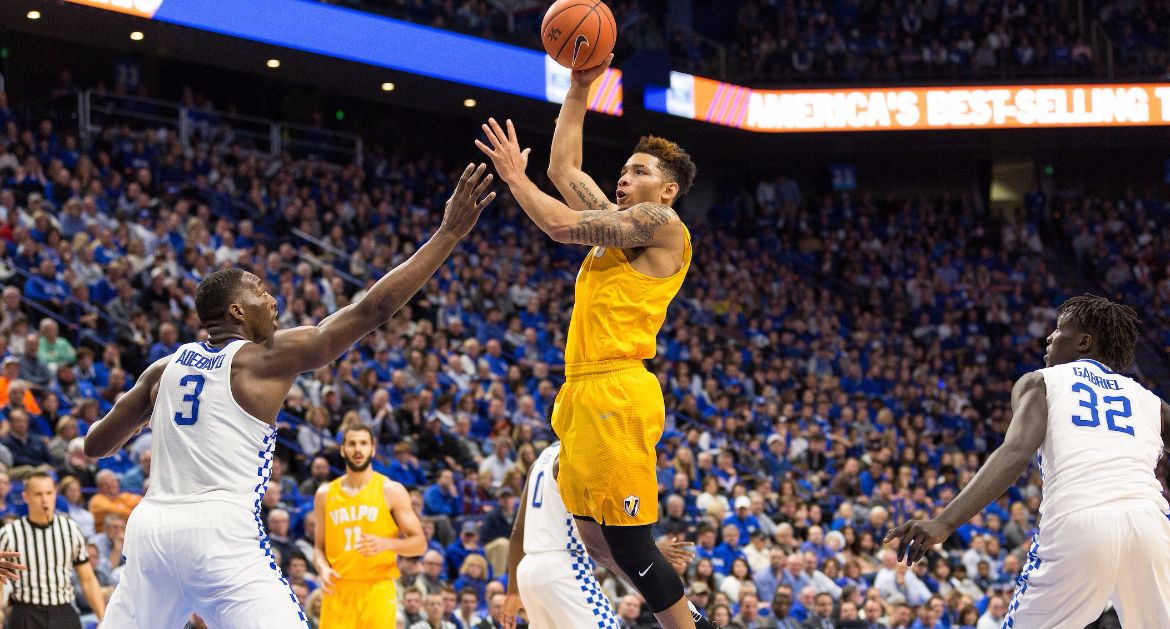 The Valparaiso University men’s basketball team closed out the 2016 calendar year on a high note in opening Horizon League play with a road win Friday afternoon, taking down UIC in front of a national TV audience by a 70-59 final. The Crusaders were led by the efforts of junior Tevonn Walker (Montreal, Quebec/Vanier College), who tallied 17 of his season-best 23 points in the second half.

The Crusaders (11-3, 1-0 Horizon) will wait until next Friday to take the court again, as Valpo hosts Oakland at 8 p.m. on Jan. 6 in front of a national television audience on ESPN2. As always, the game can also be heard live on the Valpo Sports Network (WVUR, 95.1 FM, Valparaiso; WVLP, 103.1 FM, Valparaiso). Links for all the live coverage will be available via ValpoAthletics.com.