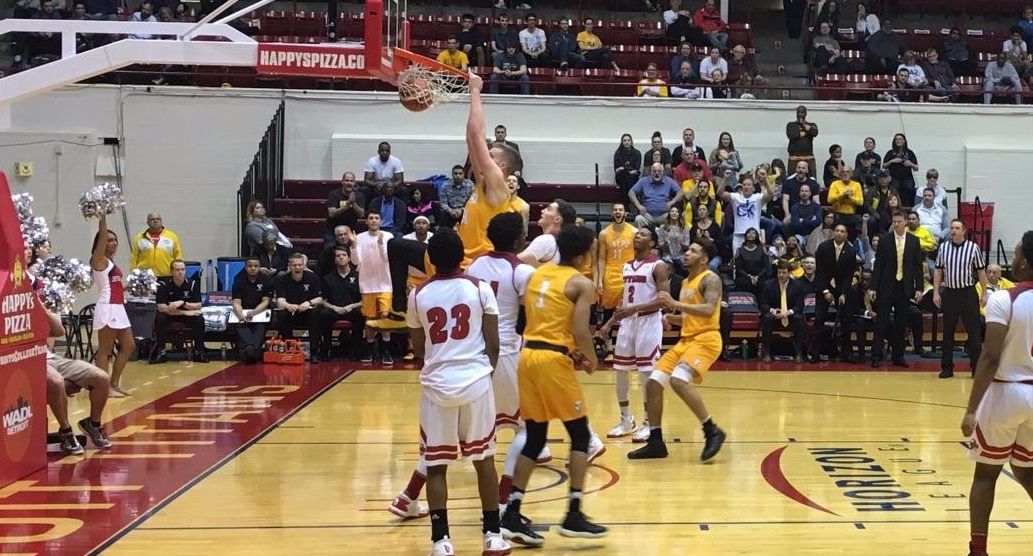 Derrik Smits throws down a dunk for two of his eight points Sunday. (Cassee Stem)
Valparaiso at Detroit Mercy | February 19, 2017

The Valparaiso University men’s basketball team got back to basics Sunday afternoon at Detroit Mercy, taking advantage of a size advantage across the board to pound the Titans inside en route to an 83-63 victory.

The Crusaders (22-6, 12-3 Horizon) maintained their one-game lead in the Horizon League standings with the win and return home for the regular season home finale on Tuesday evening at the ARC. It will be Senior Night at the ARC, as – along with senior team managers, band members, cheerleaders and Crusaderettes – Peters, Hammink, Jubril Adekoya, Nick Davidson and Jason Karys will be honored in a pregame ceremony.

Tipoff is slated for 7 p.m., but be sure to arrive early to catch the Senior Night ceremony. As always, the game can be seen live on ESPN3, WatchESPN and the ESPN app, and heard live on the Valpo Sports Network (WVUR, 95.1 FM, Valparaiso; WVLP, 103.1 FM, Valparaiso). Links for the live coverage will be available via ValpoAthletics.com.