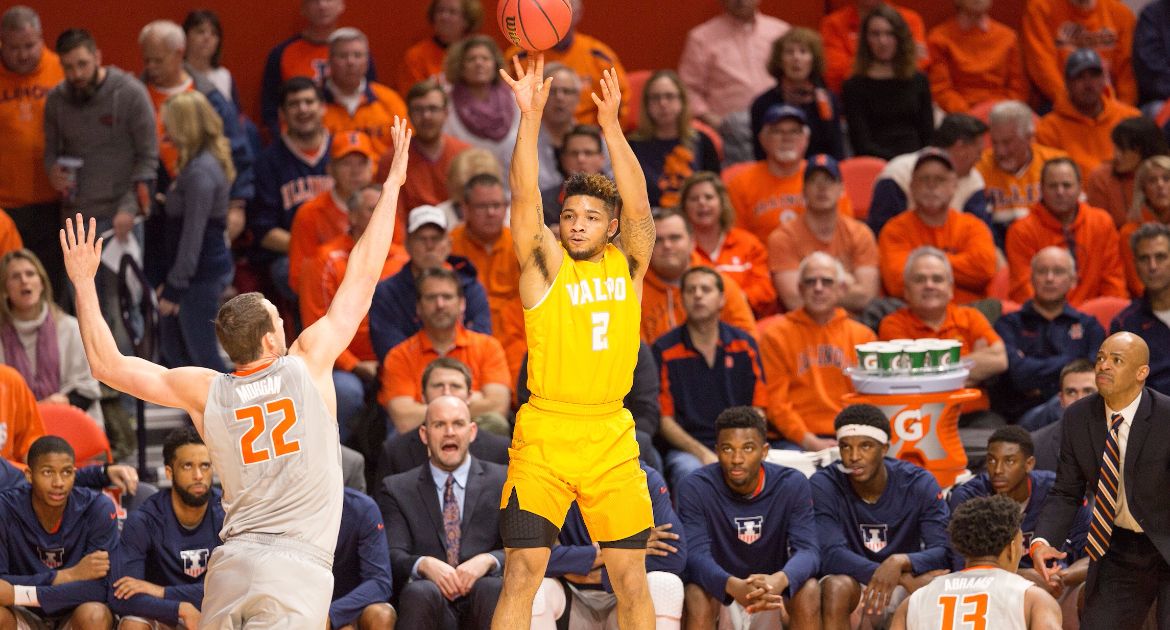 A shorthanded Valparaiso University men’s basketball team saw its season come to an end Tuesday night in the first round of the 2017 NIT, as the seventh-seeded Crusaders fell at second-seeded Illinois, 82-57. The loss ends Valpo’s year with a 24-9 record, tying for the fifth-most wins in a single season in program history.