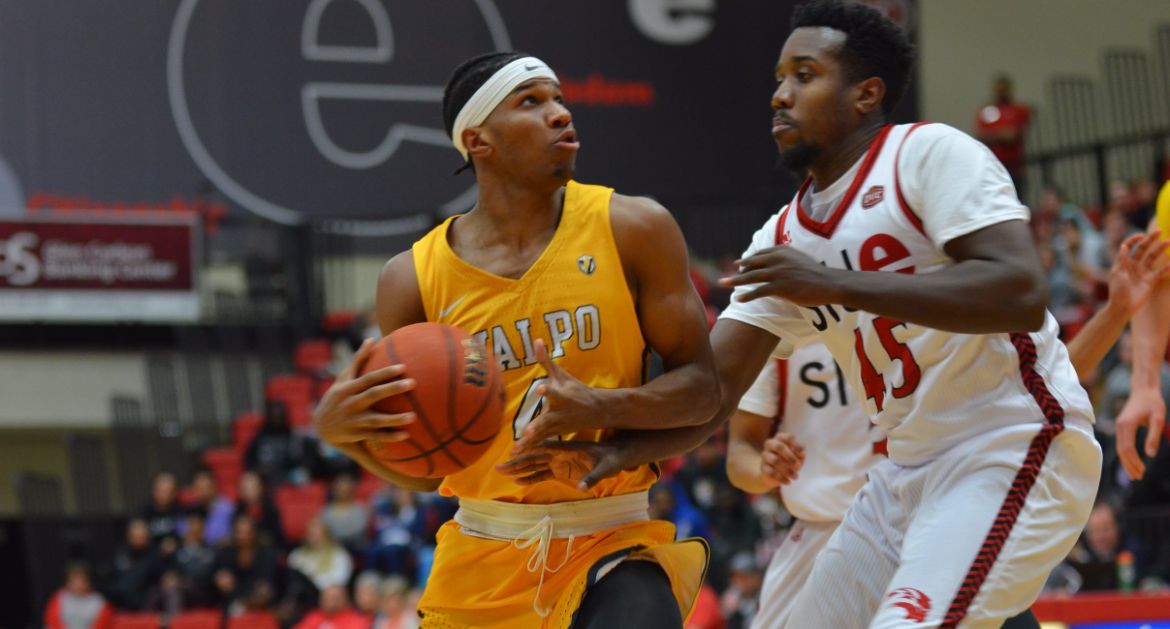 The Valparaiso University men’s basketball team was playing on the road for the first time in the regular season Wednesday night, but other than the venue, the game played out quite similar to the Crusaders’ first two outings of the season, as Valpo used a big first-half run to take control in a 94-69 victory at SIUE.

Valpo (3-0) returns home for the ARC for a pair of campus-site games as part of the Savannah Invitational, beginning with a visit from Southeastern Louisiana on Sunday afternoon at 3 p.m. The game can be seen live on The Valley on ESPN3, WatchESPN and the ESPN app, and heard live on WVUR (95.1 FM, Valparaiso). Links for the live coverage will be available via ValpoAthletics.com.