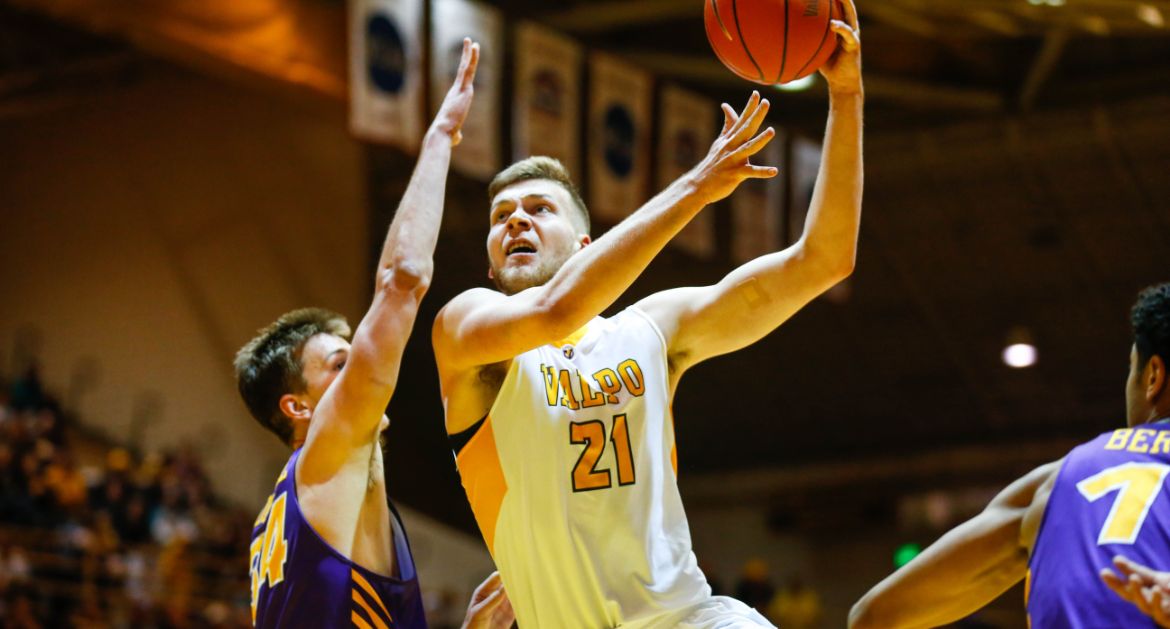 The Valparaiso University men’s basketball team represented the Hoosier State well on Saturday as part of Basketball Day Indiana, leading start to finish in a 75-66 victory over UNI at the ARC. Junior Derrik Smits (Zionsville, Ind./Zionsville) led the way with one of the top efforts of his career, finishing with 21 points and 11 rebounds.

Valpo (12-7, 5-1 MVC) returns to the road Wednesday evening as it travels to Terre Haute to face in-state foe Indiana State. Tipoff is slated for 6 p.m. CT, and the game can be seen live on ESPN3.