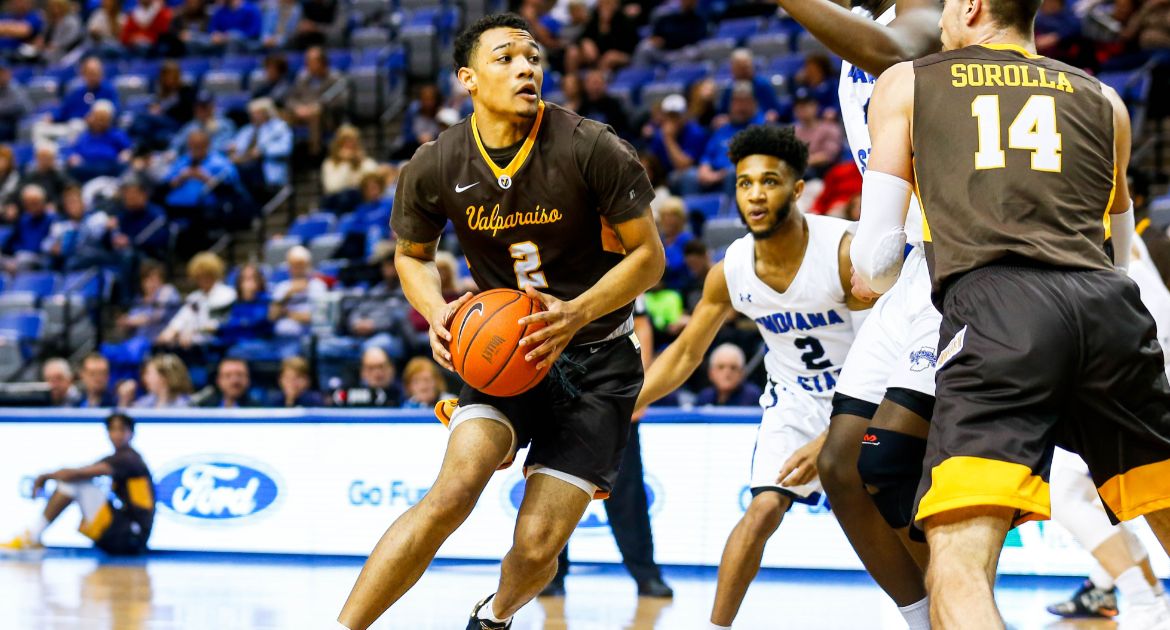 The Valparaiso University men’s basketball team dropped its second MVC game of the season on Wednesday evening in Terre Haute, Ind., as host Indiana State shot better than 50% from the floor in sending Valpo to a 70-53 defeat.

Valpo (12-8, 5-2 MVC) returns home to the ARC for its next two games, beginning with a 7 p.m. tip Saturday night against Drake. Saturday is Boy Band Night at the ARC and will also be Hall of Fame Night, as the 22nd class of inductees into the Valpo Athletics Hall of Fame get recognized at halftime of the game.