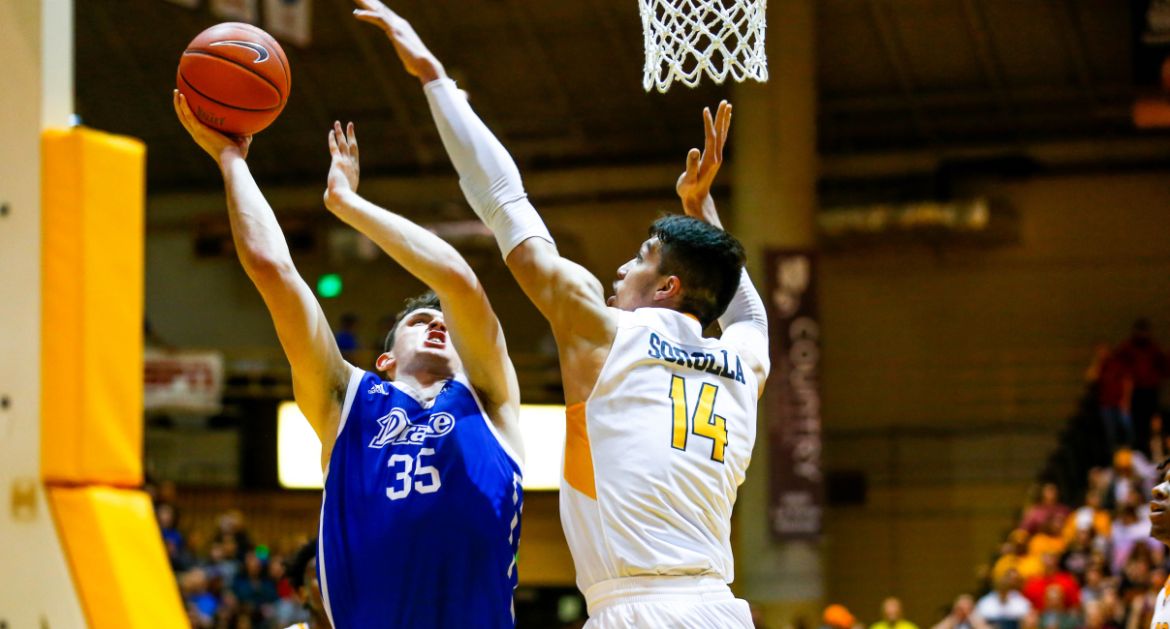 Playing most of the game without its top three scorers, the Valparaiso University men’s basketball team battled gamely against Drake at the ARC Saturday night and was within four with 3:44 to play before running out of gas down the stretch, as the Bulldogs left Valpo 70-59 victors.

Valpo (12-9, 5-3 MVC) continues Valley play Tuesday evening when it hosts Missouri State at the ARC at 7 p.m. The game can be seen live on ESPN+.